BLOOMBERG – For the last 100 years, stepping into the exquisitely preserved rooms of the Frick Collection’s mansion on New York’s Fifth Avenue was like entering a gilded time capsule.

It was both the draw of the museum, which is largely unchanged since it opened in 1935, and a flaw: Taken all at once, many of the spectacular bronzes, delicate Sèvres porcelain, and even masterpieces by Goya and Rembrandt drifted uncomfortably close to decoration, the collection’s many superlative parts subsumed into a larger, sumptuous whole.

“That’s the point of a house [museum],” said the Frick’s deputy director and chief curator Xavier Salomon. “It’s wonderful in one way, and then in other ways it’s a constraint.”

For the next two years, though, that constraint has been lifted while the mansion is expanded. During that time, the collection has moved a few blocks away into the former Whitney Museum of American Art’s building on Madison Avenue and 75th Street.

Whereas the Frick normally exhibits 470 objects, in the new space, dubbed the Frick Madison, just 300 will be on view. And in contrast to the Frick’s plush interiors, the walls of its temporary home have just four shades of grey. Gone, in other words, are any distractions from the art. The result is staggering. “What I hope is that people who know the museum well at One East 70th Street will come here and rediscover things,” Salomon said. “They will realise that they’ve never looked at things properly; they will literally see them under a new light, in very different juxtapositions.” 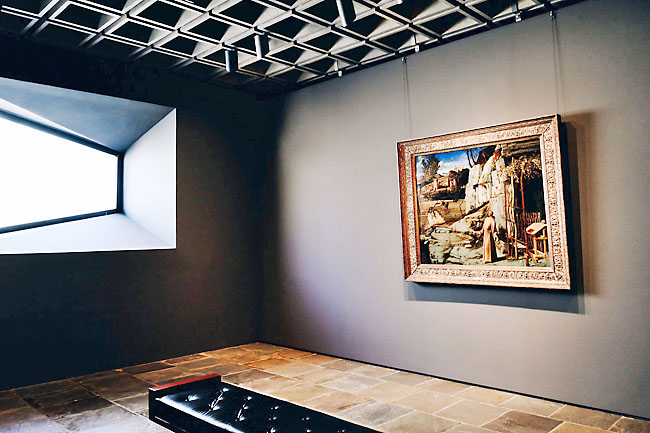 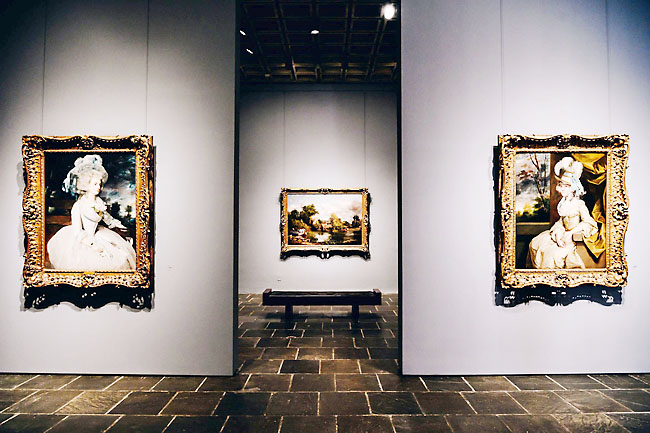 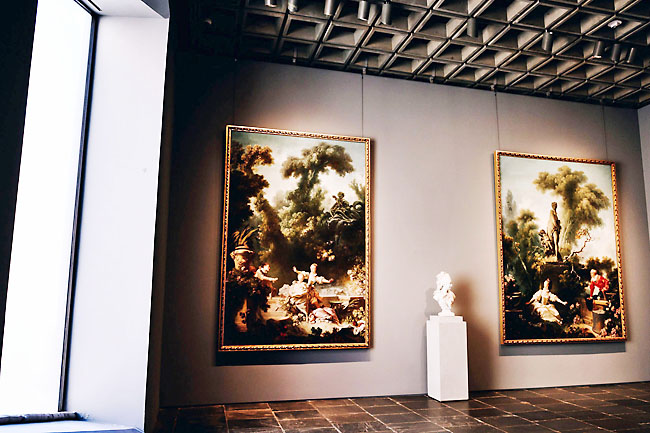 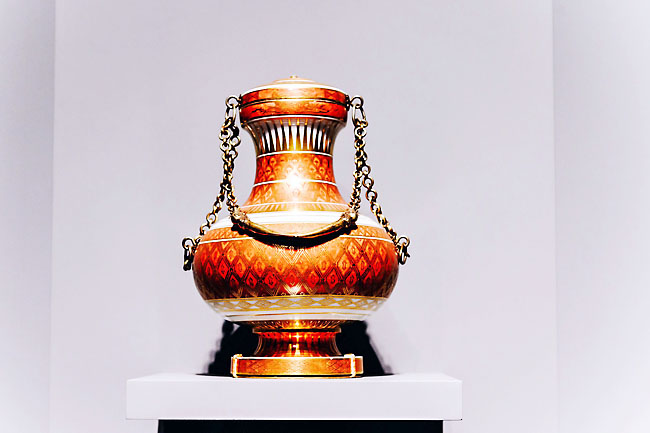 The collection will open to the public on March 18; advance reservations are required.

The Frick Madison’s exhibition space covers all three of the floors of the building.

“On each floor, you always start by encountering a three-dimensional object,” Salomon said. He initially wanted the pedestals to be concrete, “which is actually impossible to do because of their weight and a number of other things”. Instead, “these are stuccoed to look like concrete”, he revealed. The Frick Madison is designed as a one-way tour through the collection (visitors move counterclockwise), as opposed to a more free-flowing space where people can wander forward and back. As a result, the Frick curatorial staff paid close attention to transitions from room to room, carefully staging every view. Annabelle Selldorf, the architect who designed the Frick mansion’s expansion, consulted with curators on the use of space.

“If you go backwards,” Salomon said, “you’re going to encounter a lot of blank walls.” The floors are broken up by chronology and artistic school. “Which is the most boring way, in a way,” Salomon said.

“That’s what most museums do, but we had never done it. By doing that, you can actually get a sense of what the strengths of the collection are.”

The Holbeins are in a room on the second floor with early Netherlandish art; next is a room of Dutch art, which leads to Rembrandt.

The images in the all-Rembrandt room are usually, Salomon said, “all together in the (Frick mansion’s) West Gallery. You see them with a lot of other things, but the possibility of seeing them individually, focussing on each one of them, is something that’s never really happened before”, he said. “That is hugely exciting.”