KUALA LUMPUR (AFP) – The mother of a teenager whose body was found in the Malaysian jungle told an inquest yesterday the police response to her disappearance while on holiday had been slow and ineffective.

The body of Nora Quoirin, a French-Irish 15-year-old with learning difficulties, was discovered unclothed last year after a massive hunt through the rainforest.

Authorities insist there was no foul play but her parents believe she was abducted, saying the teen would not have wandered off alone.

Testifying at the inquest on her death, Meabh Quoirin said she “immediately panicked” after realising her daughter was missing from the resort where their family were staying near the capital Kuala Lumpur. “I became increasingly stressed. The first thought that ran through my mind was that Nora had been taken,” she said via video-link.

Staff at the Dusun Resort began hunting for the teen – who was discovered missing from a chalet the day after arriving at the resort – and informed the police.

In the afternoon, a police officer arrived at the resort but the teen’s mother, who is unable to attend the inquest in person due to the coronavirus, said he “didn’t spend very much time there. He had a dog with him and we were initially hopeful – and then absolutely distraught because it was very obvious that this dog was not fit for purpose… really old, really tired”. Quoirin said a policewoman sent to interview her had a poor command of English and authorities did not want to continue searching after dark on the first day of the hunt, although they eventually agreed.

As the hunt dragged on for days, the search and rescue team expanded to include hundreds of personnel. But Quoirin said she became worried the police were not taking the family’s concerns about criminal involvement in the case seriously, noting that officials did not take fingerprints from their chalet for days.

Police, however, said they conducted a thorough probe and insisted at the start of the inquest in August there was no indication the teen was kidnapped. 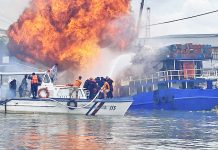 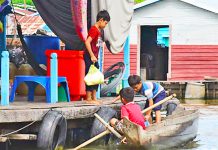 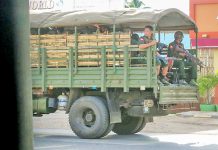