Senior Superintendent of Fire and Rescue Nohi Irwan Surkaki bin Haji Pawi was promoted as Assistant Director of Fire and Rescue during a ceremony at the Officers’ Mess of the Fire and Rescue Department (FRD) at the Old Airport in Berakas yesterday. FRD Acting Director Lim Hock Guan affixed the rank insignia onto the uniform of the promoted officer. Nohi Irwan Surkarki, who began his service at the FRD in February 2001, has been posted to several units, including Technical, MTO and RND units, office of the Assistant Technical Director as well as Commanding Officer of Operation ‘D,’ ‘F,’ and ‘G’ and Deputy Commander of Operation ‘B.’  More details in Thursday’s Borneo Bulletin 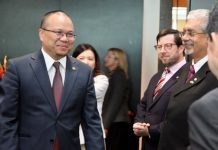 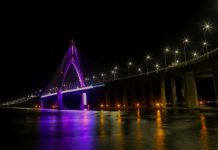 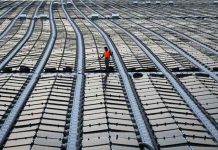