Wagner had 15 points in the fourth quarter alone.

The Magic led 19 points in the first half, but the Blazers closed the gap in the second quarter to tie it at 50 at halftime.

Damian Lillard’s layup with 1:32 left got Portland as close as 105-101. Gary Harris fouled Lillard on a three-point attempt – and Lillard made all three free throws to pull the Blazers closer at 107-106 with 25.1 seconds to go. 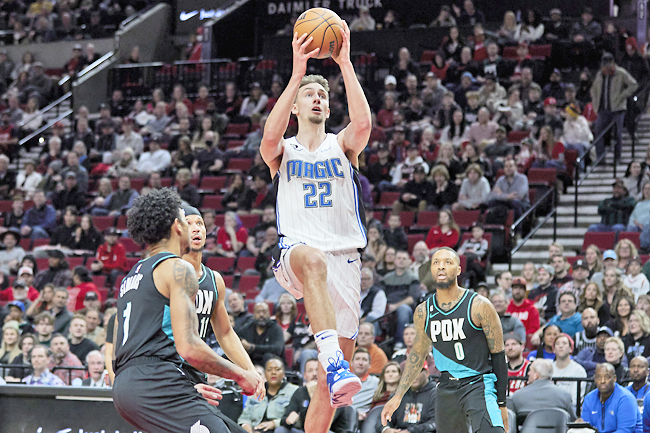 Markelle Fultz made free throws for Orlando and Portland missed a flurry of three-point attempts in the final moments.

Lillard finished with 30 points for the Blazers, who lost their fourth straight. Portland has lost nine of their last 12 games.

“We’re just in a little funk, man. I don’t know what it is. I can’t really pinpoint it,” Blazers coach Chauncey Billups said.

They were coming off a 115-101 loss at Sacramento the night before.

“I felt like we did a really good job, even when it got a little chaotic, we made all their shots tough,” Carter said.

Jerami Grant made a pair of layups to cap a 16-1 run that erased Orlando’s first-half lead and got the Blazers within 40-36.

Jusuf Nurkic’s layup and free throw tied the game at 47 and the teams went into halftime knotted at 50.

After the Blazers scored a season-low 20 points in the opening quarter, they outscored the Magic 30-17 in the second.

Nukic started despite battling a non-COVID illness and led all scorers in the first half with 18 points, along with eight rebounds and a pair of blocks.

The Magic opened the second half with an 15-0 run.

Simons ended the scoring drought with a three-pointer 4:40 into the half. Lillard’s emphatic dunk pulled Portland to 79-70 late in the third quarter.