France begin their defence against Australia tomorrow as they look to move on from a troubled build-up which saw several key players pull out injured. Benzema was then forced to withdraw over the weekend.

The Real Madrid striker succumbed to a left thigh injury, although he played no part in France’s 2018 triumph in Russia when Mbappe burst onto the world stage.

The Paris Saint-Germain striker was just 19 but scored four goals during that World Cup, including one in the 4-2 final win over Croatia.

“He is still a young player, just a bit less than four years ago, but he already did very important things four years ago,” Deschamps told reporters in Doha. 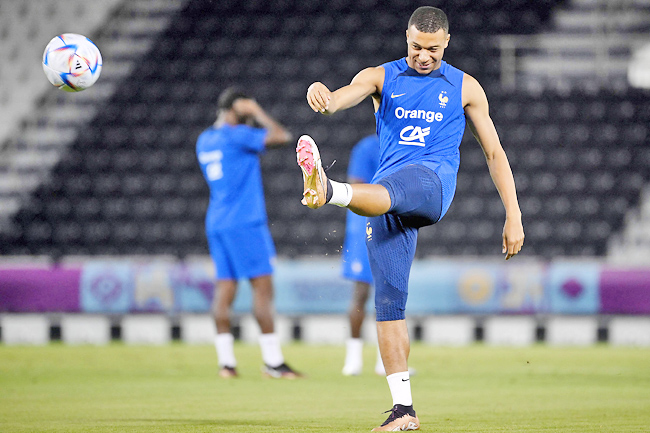