PARIS (AFP) – France are hoping to heed a warning from history as they kick off their defence of the World Cup trophy in a group which bears a remarkable resemblance to the section in which they started their road to glory four years ago in Russia.

Like in 2018, Les Bleus begin their World Cup campaign against Australia and they will also take on Denmark in Group D.

The only difference in Qatar is that Tunisia complete the section instead of Peru, who lost an intercontinental qualifying play-off on penalties to the Socceroos.

France come into this World Cup billed as one of the leading contenders to go all the way, but past experience should teach them to be wary.

After all, no nation has successfully defended the trophy since Brazil in 1962, and the last time the French went to the tournament as defending champions, they swiftly returned home with their tails between their legs. 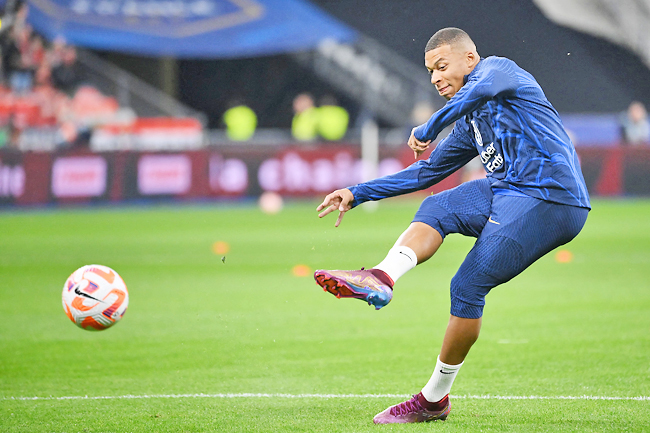 Having won the World Cup on home soil in 1998, four years later they went to South Korea as defending European champions and clear favourites to claim another title.

Hampered by an injury to Zinedine Zidane, they were stunned by Senegal in their opening game and were eliminated in the group stage without even scoring a goal.

A repeat of such a scenario seems improbable for the side coached by Didier Deschamps, who have an attack led by Kylian Mbappe and Karim Benzema, the latter fresh from winning the Ballon d’Or.

Throw in Antoine Griezmann, Christopher Nkunku and Ousmane Dembele, and scoring goals should be no issue for Les Bleus, but they have problems elsewhere.

Paul Pogba and N’Golo Kante, their first-choice midfielders in 2018, are out injured, and several others have been struggling for fitness.

“During our last get-together we were faced with an injury crisis, but there are no doubts in our minds, we know how difficult the World Cup is for everybody,” coach Deschamps told AFP last month.

“France are still a competitive side, but we know we’ll have a lot to do,” to retain the trophy, he added.