Les Bleus have beaten Australia and South Africa so far this November as they continue their record of 12 straight Test victories, a landmark that had been set in the 1930s.

“We play a third match in a series of quarter-final, semi-final and final,” Galthie told reporters this week.

“We’re testing out what we’re hoping to achieve in less than a year’s time.

“Beating two southern hemisphere sides on the trot leaves its marks, and that’s what’s happened to us.

“Our ambition is clear. Practising a run of games like that is what we have in mind,” he added.

Galthie has been forced into three changes with captain and World Player of the year Antoine Dupont banned while Cyril Baille and Thibaud Flament are injured.

Last weekend’s win over the Springboks meant Galthie and team manager Raphael Ibanez had led Les Bleus to victory over each side in the top 10 of the world rankings since they took over three years ago. 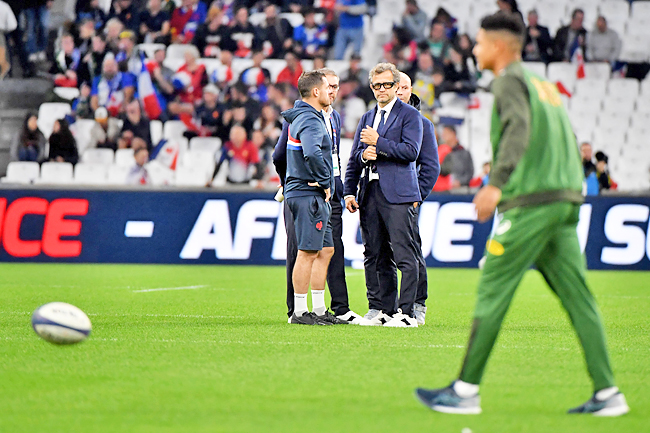