The Department of Laboratory Services under the Ministry of Health received four stars under the Public Sector Performance Grading Programme (3PSA) yesterday, the first time a government agency has done so since the assessment began in 2014.

At the ceremony in conjunction with the 29th Civil Service Day held yesterday at the Prime Minister’s Office, awards were given to civil servants and government departments in recognition of their performance.

The 3PSA, introduced during the 21st Civil Service Day, assesses performances of government departments over three financial years and assigns a star rating.

“We are very happy to receive four stars. We are also very surprised because this is the first time a government agency has received four stars,” said the Director of Laboratory Services Dr Hajah Surita binti Haji Mohd Taib in an interview. “During the assessment period, we were in the middle of the COVID-19 pandemic. There were numerous challenges, including human resources, process management and lab testing.

“Alhamdulilah, we were able to overcome those challenges with hard work and dedication to provide quality services,” she said.

Under the 3PSA, four stars meant a ‘very good’ level of performance. 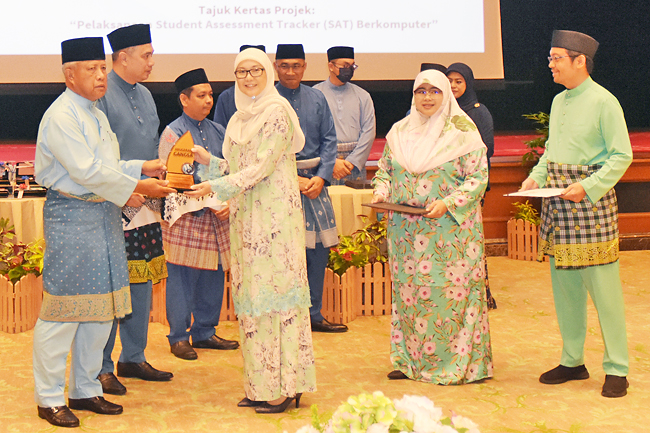 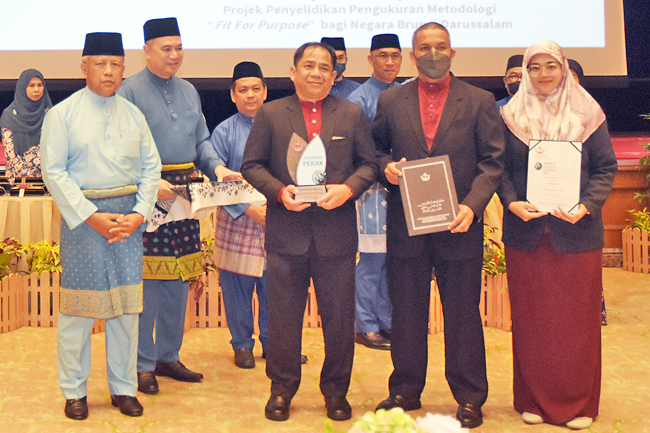 Three other government agencies received a three-star ‘good’ level of performance: The Survey Department, the Department of Electrical Services and the Registry of Companies and Business Names.

Surveyor Surzana @ Abdul Khaliq Bujang, Surveyor in Tutong District said that the silver award for their project is “a high achievement” for their department.

‘Fit for Purpose’ is a measurement methodology research project ongoing in the Tutong District, she said, adding it may be expanded to other districts.

The tracker was cloud-based, so it was accessible from different applications on available devices in schools, and any necessary changes can be implemented easily.

He said the system managed to reduce code entry errors, subjective evaluation as well as other redundant processes such as printing and issuances of erratum notices.

He said there are more improvements still to be made, and the ministry is working to ensure quality assessments for a valid and reliable measurement of student learning.

Haji Adam said, “We are very grateful for the award, as it is a recognition of all the hard work that the whole team has contributed throughout the project.”