Brunei Darussalam and Malaysia enjoy a close and long-standing relationship between the royal family, the government and people of all levels which stems from the similarities in history, religion, community and language, His Majesty said.

Furthermore, the challenges from COVID-19 have further strengthened these bonds of kinship and allowed both countries to move into the recovery phase with the determination to intensify cooperation between the two countries that were affected during the pandemic, the Sultan said.

His Majesty said this in a titah during an official luncheon in conjunction with Malaysian Prime Minister Dato’ Seri Anwar Ibrahim and spouse Dato’ Seri Dr Wan Azizah Dr Wan Ismail’s visit to the country.

His Majesty welcomed joint initiatives towards regenerating economic growth in various fields, including the signing of the memorandum of understanding in the field of investment.

His Majesty also underscored the importance of the Annual Leaders’ Consultation as the main mechanism in enhancing bilateral cooperation and formulating future directions, as well as ensuring the continued commitment of both countries in implementing the ‘Exchange of Letters’ agreed by both countries more than 10 years ago. 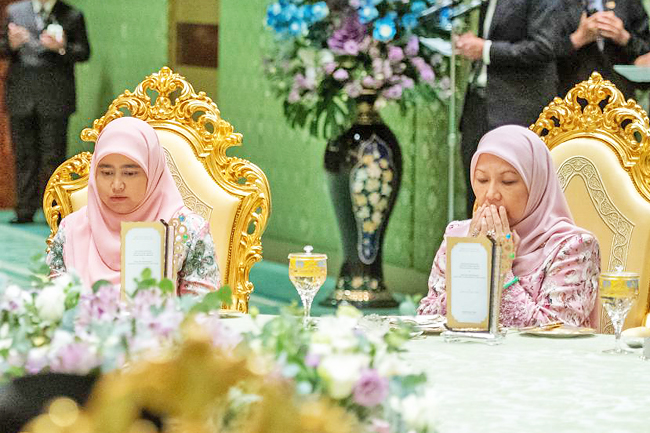 His Majesty added that the Association of Southeast Asian Nations (ASEAN) has a role in maintaining regional peace and stability, and that ‘ASEAN Centrality’ should continue to be emphasised. In that regard, His Majesty expressed confidence that Malaysia’s leadership as the “Permanent Shepherd” in producing the “ASEAN Community’s Post-2025 Vision” will ensure ASEAN remains relevant in the region.

During the official luncheon, His Majesty also congratulated Dato’ Seri Anwar Ibrahim on his appointment as the Prime Minister of Malaysia, and expressed confidence that Dato’ Seri’s vision of “Developing Malaysia Madani”, will bring long-lasting progress and prosperity to the people of Malaysia.

In ending the titah, His Majesty hoped that the relationship between the leaders would continue to be noble and blessed by Allah the Almighty.

Meanwhile, Dato’ Seri Anwar Ibrahim in a speech expressed appreciation for the friendship between the two countries, which is based on a long history as well as the tradition of the Malay Islamic Sultanate which has contributed to the development of bilateral relations between Brunei Darussalam and Malaysia.

The Malaysian Premier welcomed the continued growth in bilateral economic and investment cooperation, and further emphasised the importance of ensuring the special relationship and dedication in implementing any agreement is carried out sincerely.

At the end of the speech, the Malaysian Prime Minister invited His Majesty to visit Malaysia.

Also present were members of the royal family and the Malaysian delegation.