RIO DE JANEIRO (XINHUA) – Lyon right-back Rafael da Silva has expressed a desire to end his career alongside twin brother Fabio at Botafogo, the team they supported as children.

Rafael, who is contracted to Lyon until June 2021, said Botafogo would be his favoured destination, should the French club choose not to renew his contract.

“I want to end my career at Botafogo but first I need to receive a proposal from them,” the 29-year-old said in an interview with Canal do TV.

“It’s not enough just for me to want it. If I had the option of joining Botafogo or another club in Brazil I would definitely choose Botafogo.”

Rafael has made 129 appearances for Lyon since joining the club from Manchester United in 2015.

Fabio, who also spent time at United before signing with Cardiff City in 2014, is now at Lyon’s Ligue 1 rivals Nantes.

“We talk a lot and our dream is to end our careers together,” Rafael said. “Both of our contracts end at the same time. It would be amazing to play together for the team that we supported as kids. It would be a dream come true.” 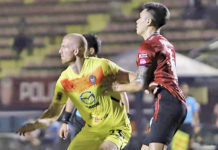 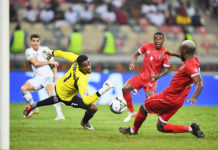 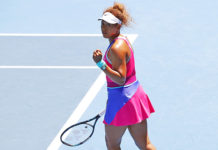