The experienced centre-back was named in the starting line-up in his second appearance for the club since joining in the transfer window late last year.

Clough, who was brought in to bolster the squad in the second half of the season, also helped his side keep a clean sheet and secure a first victory in four games since a 3-1 win over Port FC on November 7 last year.

The Taunton- born initially began his Thailand career during the 2-1 loss to Chainat Hornbill in the Thai League Cup on Wednesday.

However, the club bounced back as victory lifted them to ninth in the table with Clough’s arrival and influence in defence providing a timely boost. Having featured in the team’s travels so far, he will look to make his home debut when they face Lampang in the third round of the Thai FA Cup at the 80th Birthday Stadium tomorrow.

It was a busy afternoon for Clough and his teammates against Police Tero but they snatched victory after striker Karikari converted a penalty at the brink of half time.Clough, who helped DPMM FC to the league title in his debut season in 2019, is currently playing for a second Southeast Asian club having spent most of his career in England.

The Swat Cats, who will look to improve on their ninth position last season, will resume league commitments against basement dwellers Chiangmai United on Sunday. 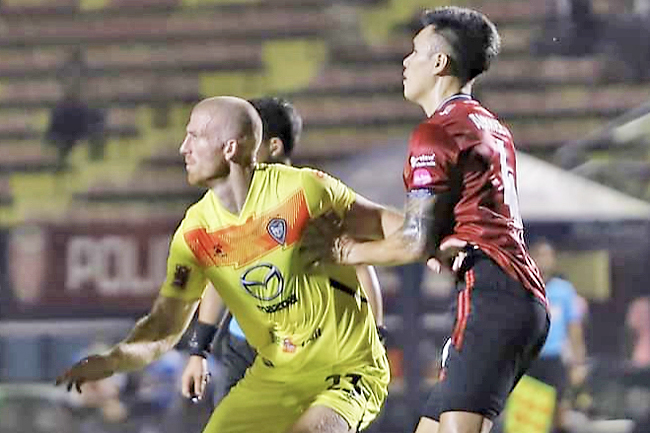