Former DPMM FC forward Ali Ashfaq emerged as the winner of the Asian Football Confederation (AFC) Cup Bracket Challenge after defeating Hong Kong’s Chan Siu Ki with 89 per cent of the votes in the final recently.

Ashfaq’s winning entry was a stunning solo strike during an AFC Cup tie against Indonesia Cup holders Persibo Bojonegoro at the Manahan Stadium in 2013.

The prolific Maldivian was once on the books of DPMM FC under the tutelage of former Bulgarian head coach Yordan Stoykov.

He scored twice in seven league appearances for the Gegar Gegar men during the 2007-2008 Malaysia Super League season.

Ashfaq paid tribute to those who voted for him, describing the goal as one of the best in his career.

He told afc.com, “It was a wonderful goal that I was able to score in a game where we really played well. The moment I got the ball, I had only one thing on my mind – to score.

“I wanted to make sure that I scored and (wanted) to have a bigger target to aim to make sure. Once I got into the penalty area, the defenders were in panic and that was a huge advantage for me. When I was sure, only (then) I decided to shoot.”

He added, “It is definitely the best dribbled goal I scored from inside the penalty area. It is such a huge moment in my long career to be recognised by my fans and colleagues.”

Ashfaq is considered as one of the world’s top scorers after amassing more than 450 goals during his spells with several clubs and the Maldivian football national team.

Meanwhile, Malaysia star Safawi Rasid settled for third place after brushing aside Nguyen Quang Hai with 70 per cent of the votes.

Thirty-two players from all five AFC zones including ASEAN Football Federation (AFF) stars were selected in the challenge. 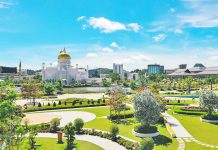 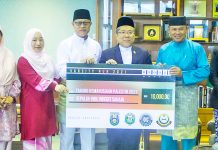 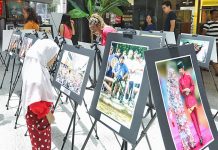