The MoU was aimed at establishing strategic cooperation online amid the current COVID-19 situation.

The signing ceremony began with a recitation of Al-Quran verses from both universities’ representatives.

The Jamiah Ashrafia chancellor gave a briefing on the institution and hoped that the MoU will become a platform to disseminate Islamic eminence. Meanwhile, the UNISSA rector expressed gratitude for the trust placed on the institution and looked forward to collaboration, including research, student exchange and publications. 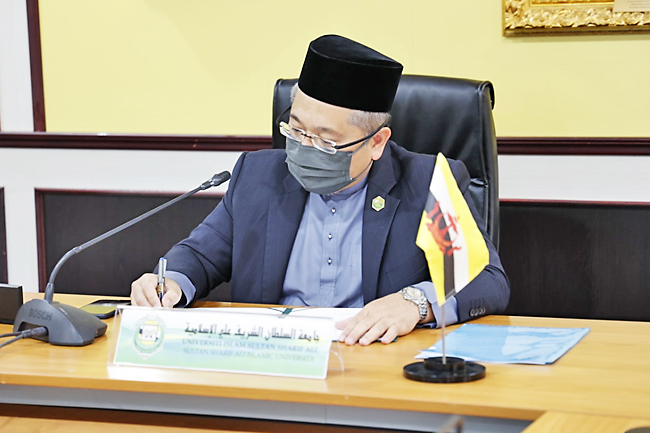