Emmanuel Dennis put Steve Cooper’s side ahead early in the first half at the City Ground before Young bagged Villa’s equaliser with a long-range rocket.

By ending their five-match losing run, Forest moved one point above Leicester into 19th place.

But Forest have won just once in their nine league matches this season and face a huge battle to avoid relegation back to the Championship.

“It’s a step in the right direction. It’s not the ambition to be drawing at home and not having much of the ball but in the circumstances we have to accept tonight was a forward step,” Cooper said.

“You lose five games on the bounce and that is when you might see people hiding but I am seeing the opposite of that.”

“What happened last season was unbelievable but we’re in this league and it is a different sport to the Championship. If we don’t change a little bit it would be naive.” 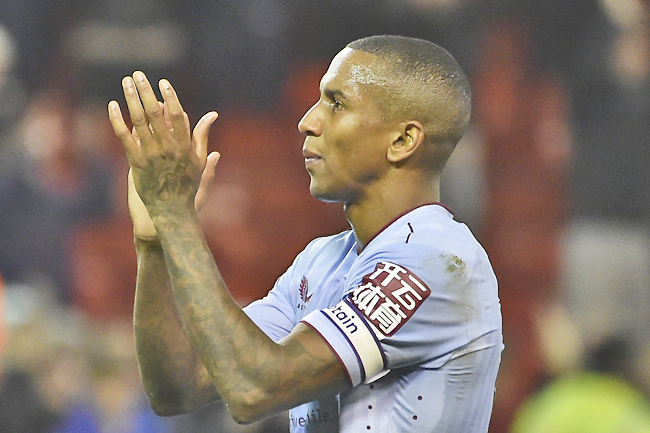 Villa are unbeaten in their last four games, but Steven Gerrard’s team are also in relegation danger.

Villa have won only once in their last seven league matches and sit just three points above the bottom three.

“It was a fantastic strike and it was one of a few moments of quality in the final third.

Ashley Young is leading by example for us at the moment and we are really pleased with him,” Gerrard said.

“I don’t think we created enough to say we deserved to win. We are close to turning draws into wins but to do that we need big players to step forward for us.”

It has been a mixed week for Cooper, who watched his side thrashed 4-0 by East Midlands rivals Leicester seven days ago.

That left Forest rooted to the bottom of the table and fuelled speculation Cooper would be sacked just months after winning the promotion that ended the club’s 23-year exile from the Premier League.

But Forest owner Evangelos Marinakis instead opted to back Cooper with a new contract until 2025.

Cooper, who made five changes from the Leicester loss, was given a standing ovation by Forest fans before kick-off and the atmosphere was even more raucous after 15 minutes.

Forest took the lead with a well-worked free-kick as Morgan Gibbs-White’s delivery picked out Dennis for a glancing header past Villa keeper Emiliano Martinez from six yards.

It was Dennis’s first Forest goal since joining from Watford for GBP20 million (USD22 million) in August, but Villa produced the perfect response seven minutes later.