The Immigration and National Registration Department’s (INRD) Enforcement Unit detained four foreigners in an operation on Tuesday, for failing to produce proper documentation, an offence under Section 15(4)(a)(b)(c), Chapter 17 of the Immigration Act.

The department inspected a rented house in Kampong Tasek Meradun which houses 11 foreigners and a local.

Upon further investigations, two of the four were found overstaying with expired immigration passes, a violation under Section 15(1), Chapter 17 of the Immigration Act.

The INRD said they will continue to enforce immigration laws in the country by conducting operations to ensure that the laws are obeyed. 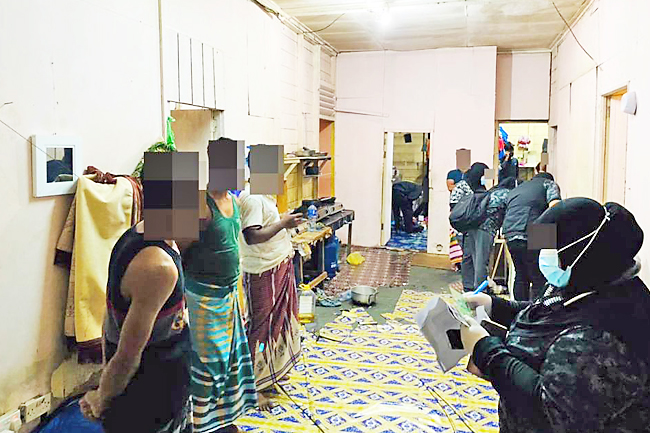