For the love of soya milk

Although soya bean milk is new on the menu for Tanzanians, they feel it is delicious. Tatu Seif, a 62-year-old farmer in Kitete village, said soya bean milk tastes good. “I like it and hopefully my friends will like it. It’s good for our health.”

The growing popularity of this new healthy drink has stemmed from a bilateral cooperative project in Tanzania, led by Chinese agricultural scientist Li Xiaoyuan this year.

Li and his team of experts from the China Agricultural University (CAU) had decided to cooperate with the Morogoro authorities to promote the maize and soya bean inter-planting project called ‘Small Bean and Big Nutrition’.

Under the project, the experts in collaboration with the Morogoro authorities distributed soya bean seeds to farmers in the four villages in January this year and provided on-site guidance on planting and management techniques.

Until late May, a harvest season for the soya beans began, leaving the farmers with broad smiles. 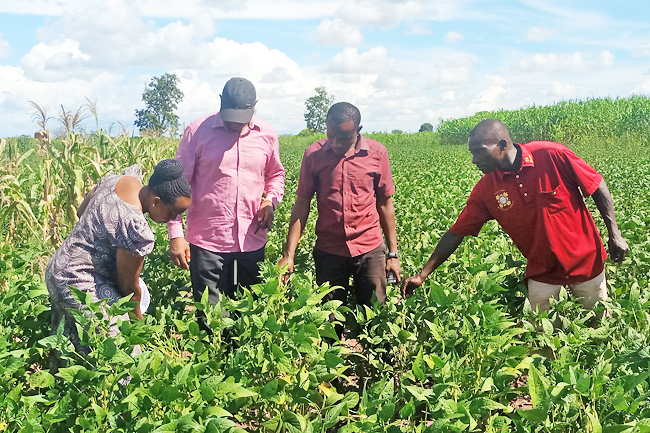 Sixty-year-old Nasoro Athumani was named Peapea village’s best soya bean farmer for 2022 after his family had grown soya bean on a 0.75-acre plot, yielding about 400 kilogrammes of the bean.

“Next year I am planning to plant soya beans on two acres,” said the farmer with high expectations.

Li said that maize is an important staple food in Africa while soya bean can compensate for increased nutrition, adding that inter-planting soya bean with maize can improve local nutritional structure more effectively. Economic and Productive Sector of the Morogoro regional commissioner’s office Assistant Administrative Secretary Rozalia Grayson Rwegasira commended CAU for introducing soya milk in the region, saying she expected the soya project to benefit as many people as possible, especially children and women.

“Soya bean milk is nice, especially for children under five, pregnant and lactating mothers to improve their health, and the project should reach as many people as possible,” she said.

Rwegasira added that the provision of milling machines to make soya bean flours will assist farmers to make easily more soya bean products and therefore it will also improve the income of farmers through sales of soya bean products. This is not the first time Li and his team has conducted agricultural aid projects in Tanzania.

Since 2011, CAU has cooperated with Morogoro authorities to carry out the ‘Big Harvest with Small Technologies’ project, which focussed on increasing maize production and income.

From just one household in one village in 2011 to over a thousand households in a dozen villages, participants have more than doubled their maize harvest on average, boosted incomes, and improved their families’ welfare and children’s education.

The CAU team, despite the COVID-19 pandemic, has managed to continue promoting the project through online guidance.

Participants from both sides of the project, through emails, video conferences, as well as a group chat set up on the Chinese social media platform WeChat, are able to communicate the progress of the project in real time.

Mkongo, who has been Tanzania’s coordinator for the project since 2011 and continues to work with CAU after his retirement, said there had never been scholars from any other country who were as diligent as the Chinese experts in visiting farming homes and plots of farmland.

Mkongo is also confident that the local climate, soil and altitude conditions are favourable for soya bean growth in Morogoro region, adding that the project will benefit more poor people in the future.

In the future, Li hopes to use soya bean milk to improve local nutrition and provide a nutritional alternative to more expensive animal protein, while soya bean cakes and maize can be processed into feed and farmed to create a production chain.