ROME (AP) – A villa in the heart of Rome that features the only known ceiling painted by Caravaggio is being put up for auction by court order after the home was restored by its last occupants: a Texas-born princess and her late husband, a member of one of Rome’s aristocratic families.

The Casino dell’Aurora, also known as Villa Ludovisi, was built in 1570 and has been in the Ludovisi family since the early 1600s.

A judge recently ordered the villa put up for auction, which is scheduled for January 18, with its value estimated at EUR471 million and a starting bid set at EUR353 million. The listing on the Rome tribunal’s auction site highlights its many attributes, though it notes that EUR11 million in renovations will be necessary to make it comply with current standards.

A “monumental property” on six levels, the listing said it is “among the most prestigious architectural and landscape beauties of pre-unification Rome”, with three garages, the Caravaggio, two roof terraces and a “splendid garden with arboreal essences and tall trees, pedestrian paths, stairs and rest areas”. 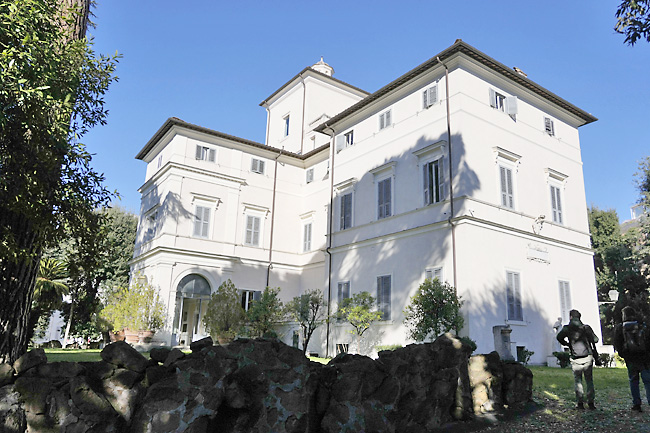 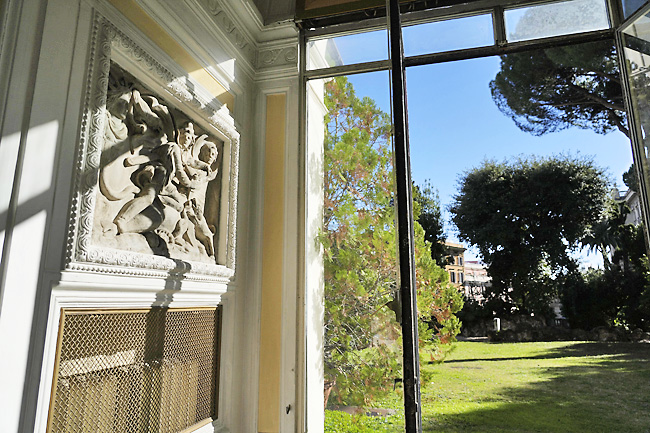 The American princess, who was formerly married to former United States (US) congressman John Jenrette, Jr, teared up as she contemplates leaving her home of nearly 20 years. When she married Boncompagni Ludovisi in 2009, the villa had fallen into disrepair, and her new husband only used it as an office.

“I started really trying to restore it as much as I could, within means,” Mrs Boncompagni Ludovisi said during a tour of the property on Tuesday.

In 2010, the couple decided to open the villa to the public for tour groups and dinners to help fund the continued upkeep and renovations.

Aside from the Caravaggio ceiling and the lush gardens outside, the 2,800-square-metre home off the swank Via Veneto features frescoes by Guercino. It also has as Mrs Boncompagni Ludovisi likes to note – had a storied line of visitors over the centuries, including American-British author Henry James and Russian composer Pyotr Ilyich Tchaikovsky.

“After a period of time, you’d think you get used to it. But I never did,” she said.

The Caravaggio was commissioned in 1597 by a diplomat and patron of the arts who asked the young painter to decorate the ceiling of a small room he used as an alchemy workshop.

The 2.75-metre wide mural, which depicts Jupiter, Pluto and Neptune, is unusual: It’s not a fresco, but rather oil on plaster, and represents the only ceiling mural that Caravaggio is known to have made.

“It is a rare image on the one hand, and on the other of great value, because it is by an outstanding artist,” said Art historian and Caravaggio expert Claudio Strinati.

“The choice of the oil-on-wall technique probably stems from the fact that Caravaggio didn’t know how to paint frescoes technically.”

Mrs Boncompagni Ludovisi hopes eventually the Italian government will acquire the villa so it can remain in the public domain. As a historic site protected by the Culture Ministry, Italy can try to match the highest bid at the action.

For now, she is enjoying her final moments with the treasures.

“Sometimes I go up there and I take my yoga mat and I do my yoga beneath the Caravaggio, because it’s very relaxing,” she said.

“And now, knowing I’ll be leaving I guess when that auction happens, I treasure every moment.”