Hair bands were more her jam. As a self-admitted stereotypical, white, middle-aged woman from Georgia, Murdock was highly sceptical of the genre, especially since the only foreign music she listened to was opera. But she agreed to accompany her daughter to a BTS show.

“I knew I would be bored out of my skull, but my daughter is the most important thing in my life, and I was willing to sacrifice my concept of a great concert for her,” said Murdock, 54, who was surprised to find an audience in which she was not the oldest attendee. “Did they solve all my problems? No. Did they change my life? Well, sort of. I am not the same person today because I opened my mind of what was acceptable and good.”

Like many mothers around the nation, Murdock started listening to BTS because of her daughter. They joined the typical teen-fan set, along with a varied batch of admirers of all ages and backgrounds, including professional wrestler John Cena and Indian composer A R Rahman.

The group’s fandom, called ARMY (Adorable Representative MC for Youth), is why seven 20-somethings from South Korea singing mostly in Korean can repeatedly sell out shows, top charts and break records, changing the face, business and culture of pop music around the world. Together, the fandom is family, supporting each other through the Black Lives Matter (BLM) movement and global crises such as the pandemic.

BTS’s “success has signalled a global breakthrough for artistes around the globe”, said Rahman, the man behind many Bollywood and Hollywood hits. “It reminds me of the time we experienced here in India a decade ago when Jai Ho from Slumdog Millionaire won the Grammy and the Oscar – culturally, there was a sense of ‘having arrived’.” Besides last year becoming the first group since the Beatles to earn three No 1 albums on the Billboard 200 chart in less than 12 months, BTS’s latest single Dynamite recently spent 12 weeks at No 1 on the Billboard Artist 100 chart. That song’s music video broke the YouTube record for most views in a day with over 100 million. The group’s online concert in October also drew more than 100 million fans. Up next is BTS’s ninth album, Be.

“ARMY had both incredible online impact and even financial power, shown in records and websites we’d broken, items we’d sold out and album sales,” said Erika Overton, 40, who convinced her 65-year-old mom to become a fan and helped found One in an ARMY, a charitable organisation that rallied the ARMY to match BTS’s USD1 million donation to BLM. “I discovered their desire, like mine, to help these boys achieve success, the camaraderie and sense of family and friendship across all boundaries and the incredible focus of power that happened when everyone focussed on the same goal.”

Mobilised over social media, these fans are the ultimate hype crew for BTS, propelling the group to become a global brand, selling everything from its own line of Barbies to an SUV.

And unlike many artists, BTS members own a stake in their label, Big Hit Entertainment, which went public in October with South Korea’s biggest stock offering in three years.

Like other boy bands, BTS has the looks, the pipes and the style, but it was the group’s message that changed Murdock’s mind.

“They seemed ‘real’, discussed challenges, very unlike the rock bands of my past, where the lyrics were about fighting and playing hard,” said Murdock, who has since gone to two more of the group’s concerts with her daughter. “I did not know I was looking for it or even needed it, but it was refreshing. I have been depressed, I have suffered loss.”

“Something about the intonation and the sort of desperation in (BTS member Suga’s) tone (in First Love), it just struck a chord with me,” said Chelsea, 31, who wrote about the song in a fan academic journal and is teaching a class about BTS at Clemson University. “Without understanding the language, I still understood.”

The name of the group also reflects the members’ character. BTS, which stands for Beyond the Scene, started off as an acronym for Bangtan Sonyeondan, which translates to ‘Bulletproof Boy Scouts’, and means to “block out stereotypes, criticisms and expectations”, explained member J-Hope in an interview on Korean radio when the band first debuted in 2013.

And while fans also applaud the band’s attitude, starting off as underdog at a smaller label, BTS did have the benefit of the label founder’s experience, explained Tamar Herman, who has been covering the group for Billboard Magazine since 2016. Big Hit Entertainment Co-Chief Executive Bang Si-hyuk, known as ‘Hitman’ Bang, was a composer for one of the biggest labels, JYP Entertainment. He worked with such artistes as Rain, the first Korean to win an MTV award, and Wonder Girls, the first Korean group to enter the Billboard 100 chart.

Initially, Big Hit’s other artistes “didn’t have much luck”, Herman said, after its girl group Glam disbanded and members of its boy band 2AM left.

“BTS was really their last shot and they kind of gave it their all,” said Herman, who recently released a book about BTS. “And because they were giving them their all, they were able to try some new things.”

So instead of primarily appearing on South Korean television, like other K-pop groups, BTS tried out social media, chatting with fans on Twitter.

BTS’s songs were not typical pop either. While the group started in hip-hop, their music encompassed different genres, Herman said, and incorporated a vision for the world to be a better place.

“We started to hear remarkable stories from our fans all over the world, how our message helped them overcome their hardships in life and start loving themselves,” said BTS leader RM at the United Nations (UN) General Assembly in 2018, where they were campaigning for UNICEF to end violence against children.

“These stories constantly remind us of our responsibility.”

And fans of the group fully believe in the boy band’s message of hope. The ARMY has a saying, “You will find BTS when you need them the most”.

“I was able to find comfort through their music during my dark days,” said Danielle Given Acido, a 20-year-old college student in the Philippines studying Petroleum Engineering. “They speak the words I cannot speak on my own. Compared to mainstream K-pop, their music conveys the reality of the pain of the youth and the struggles.”

To better help each other, fans created an ARMY Help Centre in 2018, a network of 150 trained volunteers across 40 countries willing to be a “shoulder to lean on, especially those who are from countries and cultures that still consider mental illness to be taboo”, said Asmae El Mansari, a 27-year-old administrator from Morocco. She estimates that the network has been able to help at least 30,000 people in the past few years.

During the pandemic, ARMY has also been a lifesaver for fans.

“Somehow there is an unwritten oath between us, ‘through thick and thin, we will go through things together,’ ” said Acido, who is also an administrator for BTS International, a fan community with nearly 260,000 followers on Twitter.

This extended network helped another mother find joy during the pandemic. Candace Epps-Robertson, 42, also discovered BTS through her daughter, 14-year-old Phoenix. Epps-Robertson’s ARMY friends “kicked in support” with constant group chats and texts, which convinced the assistant professor at the University of North Carolina at Chapel Hill to devote a class to the “rhetoric of resistance” – how communities such as BTS and its ARMY affected BLM. She’s also used the group’s lyrics to talk through issues with her daughter about dating and race.

“When BTS spoke on BLM, it made me feel like they are recognising me, and my community, and telling me that I matter to them,” said Phoenix, who is learning Korean to better understand songs. “I think we are connected by our desire to do good in a way that reflects this message.”

Because fans feel like BTS has their back, they show the same support for the group. When an Australian pop culture show made fun of the group, the ARMY created a social campaign, prompting an apology.

“It’s a little bit like a couple that has formed a love relationship,” said Murray Stein, a psychoanalyst, whose book, Jung’s Map of the Soul was the premise for BTS’s seventh album. “You say anything bad about the one I love? I’m going to have to go on the defensive.”

Psychoanalytic principles are not usually in pop, Stein said, so he’s intrigued about the meaning behind BTS’s newest album, Be. 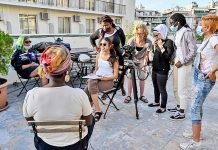 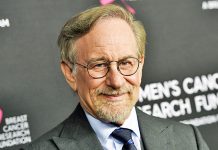 Spielberg’s Amblin to make several films a year for Netflix 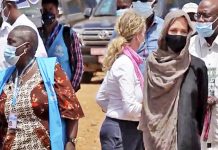