THE WASHINGTON POST – For years a woman named Margaret Katz had a recurring nightmare: From a dark alley, she could hear her young son cry out desperately for her, screaming that he needed help. She’d race toward him, only to wake before reaching the boy.

Again and again and again. She could never get to her son. Never wrap him in her arms, lay her cheek against his head, whisper that she was there, that everything would be okay. And for years she woke up from that dream only to remember that the nightmare was real.

In American Baby: A Mother, a Child, and the Shadow History of Adoption, Gabrielle Glaser tells the story of Katz and the boy she could never reach, whom she was forced, as a teenager, to give up for adoption. But really she tells the story of all parents and children torn apart from each other against their will.

Readers of Glaser’s book may find themselves transported to the early 1960s, when Katz gave birth, but then are likely to find their thoughts flashing forward to the thousands of migrant children separated from their parents at the United States (US)-Mexico border in recent years under the direction of the Trump administration. And to the more than 500 who are separated still. Whose parents almost certainly dream of their children’s desperate cries – and awake knowing they can’t reach their kids. 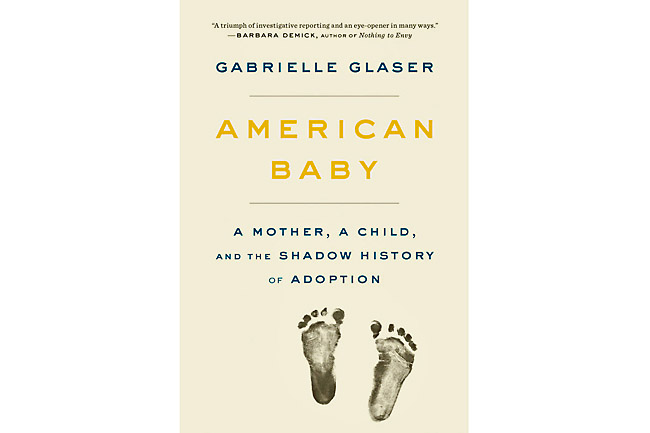 American Baby tracks the unconscionable losses incurred by one woman and child. But it’s a reminder of how routinely and ruthlessly this country has stripped its most vulnerable populations of the things that matter most.

Glaser came to Katz’s story by way of her long-lost son, an adult in need of a new kidney by the time the author met him. It’s not a spoiler to disclose that Katz’s son eventually locates his birth mother. Through interviews with both of them and members of their families, Glaser is able to meticulously re-create their tale.

Katz (born Margaret Erle) was a daughter of refugees and settled in New York. In high school she fell in love with a slightly older baseball player. She was 16 when she found out she was pregnant.

Immediately, Katz and her boyfriend, George, decided to keep the baby. He’d forgo his baseball scholarship, they’d get married. But as minors, they needed parental permission to wed, and their parents refused to give it. Instead Katz was sent to a home for unwed mothers, where she was visited routinely by social workers who pressured her to sign papers giving their child up for adoption. Katz was cowed but didn’t sign.

She was sedated against her will during childbirth and not allowed to hold her baby after he was born. For months, while the boy, named Stephen, stayed with foster parents, Katz resisted demands that she formally put him up for adoption.

Finally, when their baby was over five months old, the couple was allowed to meet him for the second time. While they were visiting, a social worker asked Katz to step into a private room. There, the entreaties turned to threats.

“We can put you in juvenile hall,” the woman told her. “Think of how that will look for your parents. First your pregnancy. Want to get locked up now too?”

Katz signed the papers and began a lifetime of longing. All she had left of her baby was a couple of Polaroid pictures her boyfriend had snapped during their visits. “When she felt hopeless or angry,” Glaser wrote, “she would pull out Stephen’s blurry little picture and kiss it.” Throughout the book Glaser deftly pulls back from Katz’s story to set it in a larger context – the history of adoption in America, ideas about gender and feminism.

Casual readers, eager to learn the resolution of Katz’s and Stephen’s saga, may find themselves racing through these sections, but it’s here that Glaser proves herself as a relentless researcher. The intimate story of Glaser’s subjects makes her book compelling, but the societal dots she’s able to connect make it important.

Glaser invests deeply in Katz’s experience, and she succeeds in compelling readers to do the same. As Katz makes her way through the world, carrying grief and shame and secrets with her all the while, readers will hope for an easing of her burdens. They’ll hope she finds her boy.

“Sometimes on the subway, or walking down the street,” Glaser wrote, “she’d find herself staring at a little boy who caught her eye. Did that one have a dimpled chin? Did this one have George’s ears?”

It wouldn’t be that easy for Katz. Reunion wouldn’t come via a chance encounter for her, just as it won’t for the parents of children who were taken from them at the Southern border.