Climate change is already playing a role, as floods, droughts and heatwaves batter harvests from Europe to Asia and threaten famine in the Horn of Africa.

And experts warn this could be just the beginning.

“If we don’t act now, this is just a sample of what may happen in the coming years,” said a sustainability group IPES-Food expert, who works with farmers’ organisations in Africa and around the world, Mamadou Goita.

This issue will be in focus as never before at high-stakes United Nations (UN) climate negotiations, held in Egypt next month.

Food production is both a key source of planet-warming emissions and is highly exposed to the effects of climate change.

Some risks are slow-burning – falling yields, warming oceans, seasonal mismatches between pollinators and plants, and heat threats to farm workers. 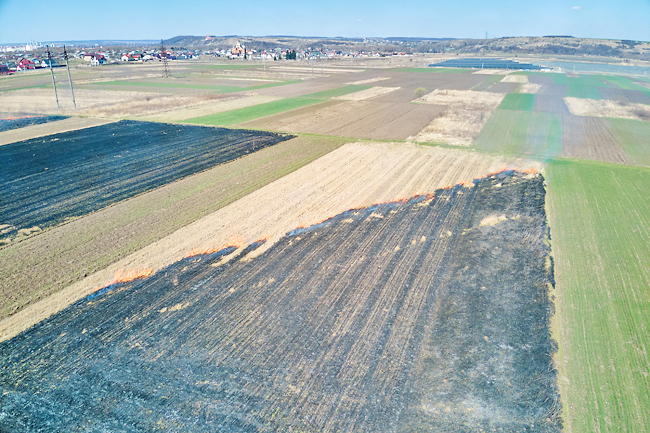 Others, like floods, can cause sudden “devastation of livelihoods and infrastructure”, said a professor at Cornell University and a lead author of the UN’s landmark IPCC report on climate impacts, Rachel Bezner Kerr.

These can reverberate through interwoven global supply chains, intersecting with other crises.

In China, as a punishing dry spell parched the Yangtze river basin where a third of its crops are grown, authorities sent up cloud-seeding drones to try and coax rain. Those most vulnerable are hit hardest.

The UN’s World Food Programme has said some 22 million people are at risk of starvation across Kenya, Somalia and Ethiopia after an unprecedented four failed rainy seasons.

Globally, one person is estimated to starve to death every four seconds, nearly 200 aid groups reported in September, while a record 345 million people are suffering from acute hunger.

“It does feel like our report is being lived out in real-time,” said Bezner Kerr.

Fifty countries are severely affected by the global food crisis, according to the International Monetary Fund.

Among them is flood-hit Pakistan, where deadly monsoon inundations engulfed vast swathes of farmland, ravaging staple crops such as rice, tomatoes and onion. Two per cent of the country’s livestock perished.

“We are in persistent peril,” the heavily indebted farmer told AFP, preparing to plant wheat in sodden ground.

Up to nine million people could be dragged into poverty by the disaster, the World Bank said.

The world grows plenty of food for everyone, but lack of access and affordability prevent its distribution, experts said.

“Once there is any problem, like COVID-19, they have been closing doors to everybody,” Goita told AFP.

Changes to global food systems in recent decades mean countries rely less on stocks of staple crops, with about a third of food and agricultural production now traded internationally.

That is cost-effective when things go well, but is “highly vulnerable” to major shocks, said leader of the Grantham Research Institute at the London School of Economics, Elizabeth Robinson.

“Who gets harmed? You’re looking at countries where people spend a lot of money on food, where countries are highly dependent on imports.”

Shocks can lead to export restrictions, like those imposed by India this year when its wheat harvest was hit by the heat wave. Importers have also been hammered by surging energy and transport costs and a strong US dollar, while the UNCTAD trade and development agency has warned of “betting frenzies” in commodities markets. Fertiliser prices have surged, raising concerns for future harvests.

The last time the UN Food and Agriculture Organization’s food price index was this high was in 2008, when a global food crisis drove riots and instability in countries across the world. So what should be on the table at the Egypt climate talks?

Just two per cent of climate finance reaches them, she said, adding that in Africa and the Middle East alone there is a USD1.7 billion funding gap for the support and technology needed. Another is emissions cuts.

Food production will become “impossible” in some regions, and both hunger and malnutrition will deepen if warming continues its current trajectory, the IPCC has said.

Redirecting billions of dollars of agricultural subsidies that incentivise environmental harm would also make a big difference, said Bezner Kerr. People in richer nations could cut their meat consumption to reduce the grain needed to feed livestock, while nations everywhere could consider broadening their taste for staples beyond rice, maize, wheat and potatoes.

That may resonate in COP host Egypt, where most of the wheat for cheap state-subsidised flatbread – a lifeline for around 70 per cent of the population – is ordinarily imported from Ukraine and Russia. Facing surging inflation, the government has ramped up purchases from domestic farmers and is even running a trial adding sweet potato to bread flour.

Diversifying crops and using more drought- or flood-resilient strains could also help farmers improve soils and spread risk. But such solutions have limits.

Pakistan’s floods tore over fields, ripping plants up by the root, said Nabeel Munir, the country’s ambassador and chair of the largest negotiating bloc of developing nations at the climate talks.