The severity of food crises have worsened in 2020, with millions of people in dire need of assistance, according to the 2021 Global Report on Food Crises.

In terms of population, approximately 155 million were in Phase three (crisis and above), an increase of about 20 million compared to last year. Additionally, for the past five years, the people affected by high levels of acute food insecurity increased from 94 to 147 million. 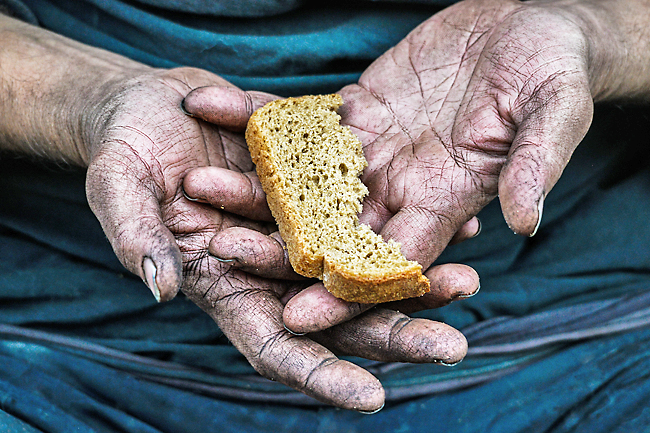 This all totals up to over 103 million, which accounts for 66 per cent of the populations in Phase three and above. Meanwhile, 208 million people in 43 countries and territories are in Phase two (Stressed). These households have minimally adequate food consumption but are unable to afford some essential non-food expenditures without engaging in stress-coping strategies.

According to the United Nations Children’s Emergency Fund (UNICEF) website, “Severely wasted children are more likely to die because their immunity to infections is weakened by a lack of nutrients. Those who survive may go on to suffer poor growth and development and fail to thrive. Children become severely wasted if they do not gain sufficient weight or lose weight due to inadequate dietary intake or diseases like diarrhea and respiratory infections.”

Among the 55 countries covered in the report, approximately 15.7 million children under five years were wasted and 75.2 million were stunted. Malnutrition among children is particularly prevalent among the top 10 worst food crises, with over seven million wasted and over 31 million stunted children.

Among the top 10 worst food crises, Yemen, the Sudan and South Sudan have the highest levels of child wasting at approximately 16 per cent each. As for stunting, the Democratic Republic of the Congo and Yemen are at 42 per cent and 46.4 per cent respectively.

The report identified three primary drivers of acute food insecurity: conflict, economic shocks and weather extremes. However, it is difficult to specify a singular trigger or driver of each food crises because the drivers are “often interlinked and mutually reinforcing”.

Conflict is the main driver, with almost 100 million (crisis or worse) affected. Six of the 10 worst food crises (the Democratic Republic of the Congo, Yemen, Afghanistan, the Syrian Arab Republic, Nigeria and South Sudan) have protracted conflict as its main driver. All countries that have populations in catastrophe have also been affected by conflict.

Due to the pandemic, economic shocks became a significant driver of food crises in 2020. Over 40 million people in 17 countries (crisis or worse) suffered from acute food insecurity due to the economy.

Weather extremes such as tropical storms, hurricanes, flood and drought were the primary driver of acute food insecurity in 17 countries for over 40 million people (crisis or worse).

Due to lack of recent and reliable data analyses, some countries and territories were excluded from the report. An example is the Bolivarian Republic of Venezuela which was among the 10 largest crises in 2019, but there were no estimates available for 2020.