OLD FANGAK, SOUTH SUDAN (AP) – Nyayiar Kuol cradled her severely malnourished one-year-old daughter as they travelled for 16 hours on a crowded barge to the nearest hospital to their home in rural South Sudan.

For months she had been feeding her four children just once a day, unable to cultivate because of disastrous flooding and without enough food assistance from the government or aid groups. She worries her daughter might die.

“I don’t want to think about what could happen,” she said.

Seated on her hospital bed in Old Fangak town in hard-hit Jonglei state, the 36-year-old Kuol tried to calm her daughter while blaming the government for not doing more.

Nearly two years have passed since South Sudan formed a coalition government as part of a fragile peace deal to end a five-year civil war that plunged pockets of the country into famine, and yet Kuol said nothing has changed.

“If this country was really at peace, there wouldn’t be hunger like there is now,” she said.
More people will face hunger this year in South Sudan than ever, said aid groups. That’s because of the worst floods in 60 years, as well as conflict and the sluggish implementation of the peace agreement that has denied much of the country basic services. 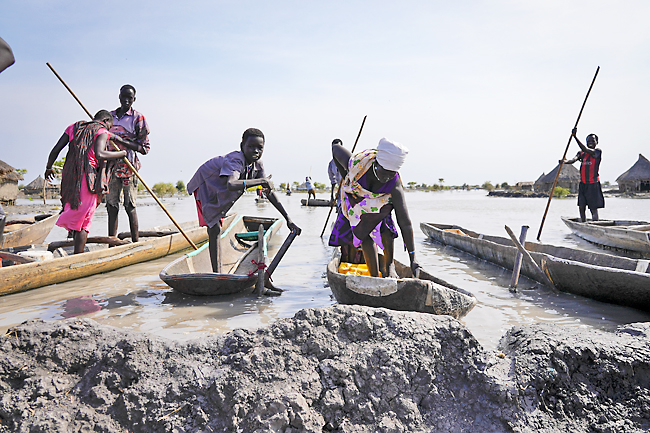 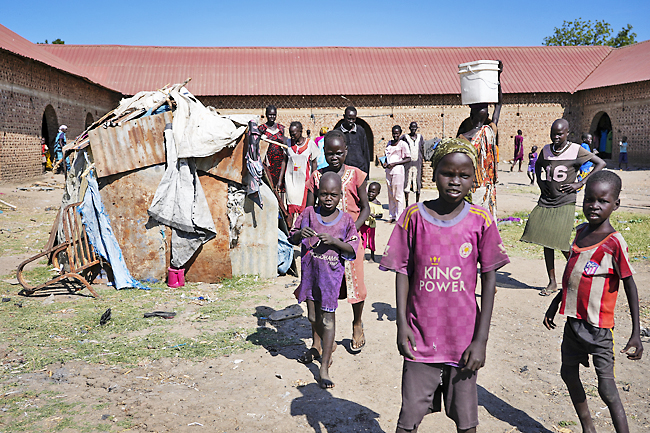 “2021 was the worst year since independence in the 10 years of the life of this country and 2022 will be worse. Food insecurity is at horrific levels,” said country representative for the World Food Program in South Sudan Matthew Hollingworth.

While the latest food security report by aid groups and the government has yet to be released, several aid officials familiar with the situation said preliminary data show that nearly 8.5 million people – out of the country’s 12 million – will face severe hunger, an eight per cent increase from last year.

The officials spoke on condition of anonymity because they weren’t authorised to speak to the media.

During trips to three South Sudan states in December, some civilians and government officials expressed concern to The Associated Press that people were beginning to starve to death.

In October, a mother and her child died in Pulpham village because they didn’t have food, said the humanitarian representative for the government in Old Fangak Jeremiah Gatmai.

Nearly one million people across South Sudan have been affected by the floods, according to the United Nations (UN), which last year had to reduce food aid by half in most places because of funding constraints, affecting some three million people.

Two years of floods have prevented people from farming and killed more than 250,000 livestock in Jonglei state alone, according to the UN Food and Agriculture Organization.

Some displaced families in Old Fangak said ground-up water lilies were their only daily meal.

“We eat once a day in the morning and then sleep without food,” said Nyaluak Chuol. The 20-year-old like some others lost her fishing net in the floods. When she has enough money, she pays a boy to fish for her.

Many residents from Jonglei have fled to neighbouring states for food and shelter but have found little respite. In Malakal town, some 3,000 displaced people were crammed into abandoned buildings or sheltered under trees with nothing to eat.

“We’re eating leaves and look like skeletons,” Tut Jaknyang told the AP. The 60-year-old has received food assistance just once since fleeing floods in Jonglei in July, he said. He and others said a sack of donated rice had to be shared among 20 people.

North of Malakal in the town of Wau Shilluk, health workers said the number of malnourished children coming into the medical centre rose from 10 between January and July to 26 between August and December, according to health worker with the International Medical Corps Christina Dak.

While flooding is the main driver of hunger, it’s compounded by government deadlock as the country’s two main political parties try to share power.

Local officials in Malakal aligned with the opposition accused members of longtime President Salva Kiir’s party of undermining them by blocking political appointees and not letting them fire corrupt staff, making it hard to govern and provide services.

“We’re not working as one team. No one’s looking out for the people,” said Health Minister in Upper Nile state Byinj Erngst.

Adding to the political tensions is ongoing fighting between government and opposition-aligned militias in the country’s breadbasket in the southwest.

Government spokesman Michael Makuei said some relief such as medical services continues but there is only so much help that national authorities can give. “The floods have destroyed crops, what can the government do in that case?” he said.

Observers’ frustration is growing. In a speech to the UN Security Council in December, the head of the UN mission in South Sudan, Nicholas Haysom, warned of a collapse in the country’s peace deal if all parties didn’t renew their political will.

Jill Seaman, who works in Old Fangak with the South Sudan Medical Relief and has more than 30 years of local experience, concluded: “There are no resources, no harvest, and no cows, there’s no place to look for food.”