The flag-hoisting at sunrise was one of the few National Day events planned after authorities called on the public to avoid travel during what usually is one of the country’s busiest tourism periods. National Day marks the anniversary of the October 1, 1949, founding of the People’s Republic of China by then-leader Mao Zedong.

In Hong Kong, Chief Executive John Lee promised to revive the battered economy. He wore a red mask the colour of the Chinese flag and was flanked by masked dignitaries at a downtown convention centre. 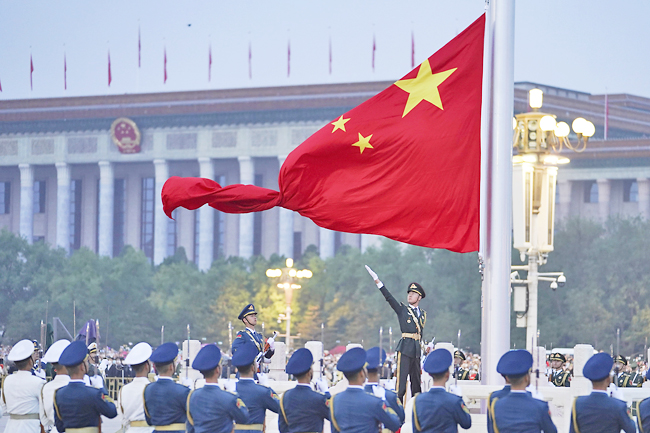