CNA – With flu season in full swing and COVID-19 putting everyone on high alert once there is a hint of sniffling or a fever, you might have found yourself running to the doctor more often than usual.

Old wives’ tales speak of developing a fever after getting drenched in the rain, or catching a chill after spending too much time in a cold air-conditioned environment.

Do these things really cause you to fall ill?

Since they have similar symptoms, how do you know if you’ve caught a cold or have the flu? CNA spoke to doctors to find out.

WHAT’S THE DIFFERENCE BETWEEN A COLD AND THE FLU?

When your colleague on medical leave said they’ve caught a cold, this usually refers to the common cold, which is a mild viral upper respiratory tract infection, said Dr Tan Teck Shi, who leads the respiratory workgroup at SingHealth Polyclinics.

Colds are caused by many viruses, with the most common being the rhinovirus. They can also be caused by the parainfluenza virus and coronaviruses, said Parkway Shenton Medical Director Dr Edwin Chng. 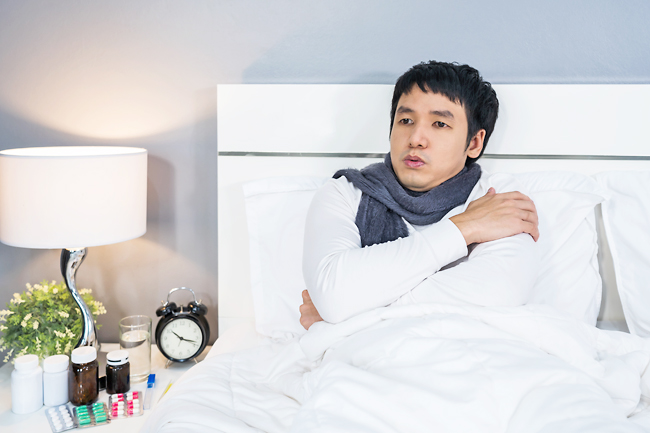 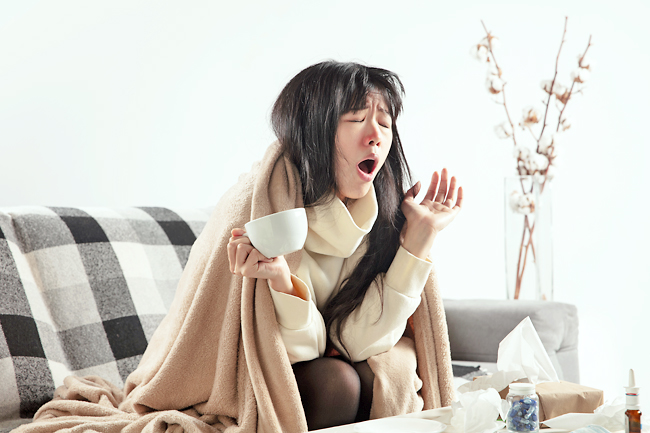 Both COVID-19 and severe acute respiratory syndrome (SARS) are also caused by coronaviruses.

Catching a cold and having the flu have different meanings to different people, so doctors often have to clarify with patients what they mean, said Raffles Medical senior family physician Dr Derek Li.

The common cold is an umbrella term that applies to all infections that cause symptoms involving the upper respiratory tract – the nose, throat and ears – like a sore throat, cough, phlegm, runny or blocked nose, blocked ears and so on, he added.

“The same virus can cause different symptoms in different people,” he added.

On the other hand, the flu, or influenza, is a specific viral respiratory infection caused by the influenza virus, said Dr Tan.

Influenza is more well-known because it causes seasonal outbreaks and accounts for a significant number of deaths each winter from viral pneumonia, said Dr Li.

“It also happens to be one of a very small number of pathogens for which vaccines exist,” he added.

Influenza symptoms typically include a high fever of 39 to 40 degrees Celsius, body aches and a dry cough. The fever may come before the onset of cough, sore throat and runny nose, doctors said.

Many people tend to equate having the flu to catching the common cold, and not influenza, he shared.

WHAT ABOUT CATCHING A CHILL?

You might have also heard people around you say they’ve caught a chill after getting caught in the rain. Is this also caused by a virus?

According to doctors, catching a chill is more of a symptom, and is usually a sign that you’re running a fever.

Chills are a feeling of coldness that you may experience during a high fever, said Dr Tan.

“It occurs during fever due to the release of chemicals as part of the inflammatory response to the infection, when the brain sets the body temperature higher.

“The patient feels cold or chills when the body temperature rises,” he added.

“Shivering also occurs along with chills because the patient’s body produces heat during muscle contraction in a physiological response during fever.”

Running a fever on its own does not give a lot of insight into the cause, said Dr Li.

“Many non-infectious conditions including severe allergic reactions, auto-immune conditions and arthritis flare-ups like gout can also cause a fever.”

As for what might lead to catching a chill, Dr Tan said that there is no scientific evidence that getting wet or being in a cold environment increases your risk of infection.

Both the common cold and influenza are caused by viruses transmitted through air droplets from person to person, he added.

But according to Dr Li and Dr Chng, exposing the body to sudden drops in temperature can weaken the immune system, but the infection “has to come from somewhere”.

“To put it another way, if I stand in the middle of an empty field and jump into a tub of iced water, I cannot fall sick unless I am also concurrently ​being exposed to a virus or bacterium,” Dr Li explained. “That is not to say that we will never fall sick in a vacuum.

“Our bodies are naturally harbouring thousands of germs in our airways and gastrointestinal tract all the time, so we can still fall ill if the immune system gets weakened enough for one of these germs to overpower our defences and manifest as a new illness.”

When the weather is cold, the tiny hairs in our nostrils, which trap and filter viruses, are less efficient in cold weather, said Dr Chng. Blood vessels in the nose also constrict, resulting in fewer white blood cells from the immune system reaching the nose to wipe out any viruses, he added.

BETWEEN A COLD AND THE FLU, WHICH IS MORE SERIOUS?

Influenza poses the greatest health risks and can lead to serious complications such as pneumonia, inflammation of the heart or brain, and even death, he added.

It also has the highest mortality rate compared to other viruses that cause cold symptoms, said Dr Li, noting that seasonal influenza strains in Singapore account for a few thousand deaths each year.

“The elderly, those with multiple chronic medical conditions, pregnant women and young infants under one year old are most at risk of bad outcomes from an influenza infection,” he added.

WHAT SHOULD I DO IF I THINK I HAVE A COLD OR THE FLU? SHOULD I SEE A DOCTOR?

Most patients with the common cold or influenza should feel better within about a week, doctors said.

Getting enough rest, eating well and drinking enough water are all important to recover from a common cold, they stressed.

For example, analgesics – or painkillers – can be used for fevers, sore throats or headaches. There are also antitussives for cough and anti-histamines for runny or blocked noses, he added.

Chills can be relieved with paracetamol or muscle relaxants, said Dr Chng.

“The speed of recovery is the same whether or not you take any medicines at all,” said Dr Li.

Symptomatic medicines serve to make you feel better during the recovery process but make no difference to the time taken to recover, he added.

Dr Tan encouraged people to take the flu vaccination every year to protect themselves against influenza.

However, you should see a doctor if you have severe symptoms like a high fever, persistent cough with breathlessness, chest pains or poor appetite and fatigue, he added.

Those who have asthma, chronic lung disease, diabetes, heart disease or kidney disease should see a doctor, he continued.

Patients below the age of five or elderly above the age of 65, as well as patients undergoing chemotherapy or immunotherapy, should also visit the doctor if they experience common cold symptoms.