KUALA LUMPUR (CNA) – Six states in Malaysia have been hit by floods as of noon yesterday with candidates for the 15th General Election (GE15) attempting to engage as many voters as possible over the weekend before Polling Day on November 19.

The National Disaster Management Agency (NADMA) said in a statement that 10 districts in the states of Penang, Perak, Selangor, Melaka, Johor and Kelantan have been affected by the floods. The agency added that the number of flood victims has increased from 1,359 to 2,388 over the last 24 hours.Those who have been affected are taking shelter in 25 relief centres.

“A significant increase in victims was recorded in Pasir Mas district in Kelantan, while most other relief centres in the other states showed a declining trend or no change,” the NADMA statement said.

The agency also said that eight new relief centres have been opened, including three each in Johor and Kelantan and one each in Penang and Perak. Seven relief centres were closed on Saturday and yesterday. 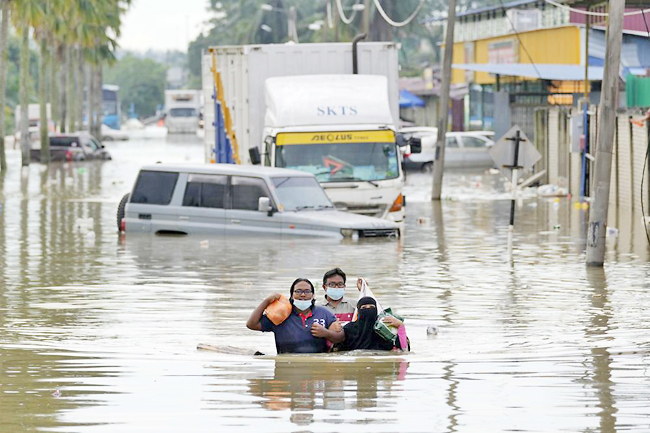