A total of 104 heads of families affected by floods and fire in the month of September received financial assistance yesterday.

The Community Development Department (JAPEM), Ministry of Culture, Youth and Sports (MCYS) held drive-throughs in Belait, Tutong and Temburong districts to hand over the financial aid.

In Tutong District, the drive- through was held at the Community Hall in Kampong Serambangun.

Deputy Permanent Secretary (Community) at the MCYS Saidah binti Haji Wahid handed over the financial assistance to 83 heads of families affected by floods and one family who was involve in a house fire. The fire destroyed the downstairs kitchen and upper floor of Hajah Maslenawati binti Abdullah’s home in Kampong Lamunin.

In Belait District, financial assistance was handed out at Sungai Liang Recreational Club. 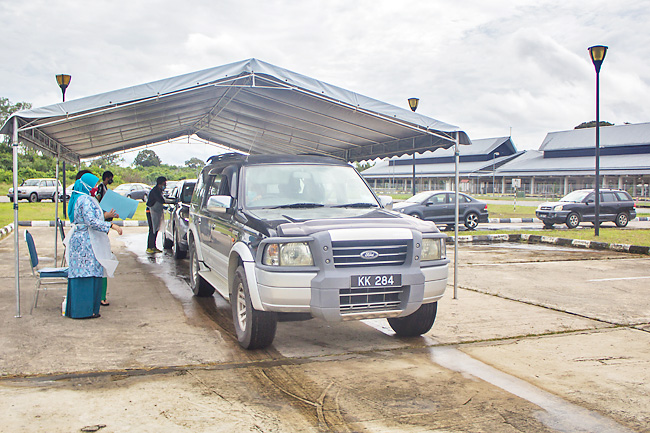 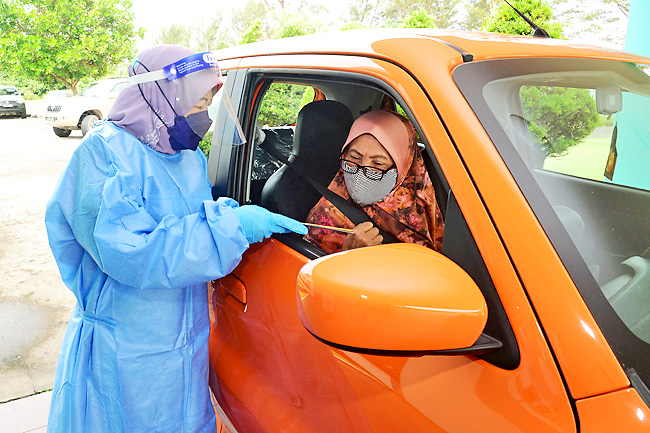