THE WASHINGTON POST – I can get dinner on the table in about 20 minutes. I do it all the time. The trick is hitting that 30-minute-or-less sweet spot, but still ending up with a dish that’s got big flavour and isn’t one of the hoary go-tos I’ve made again and again.

In her new cookbook, Big Little Recipes, food writer Emma Laperruque, whose popular Food52 column bears the same name, inspired me to dig deeper into my pantry to make this few-ingredient dish that offers a surprising pop of flavour.

Not every one of the 60 recipes featured in her cookbook is ready in less than 30 minutes, but many are, including this Sesame Chicken With Artichokes and Arugula.

For this dish, you grind sesame seeds to make a powdery seed flour that you use to coat the chicken cutlets – no egg wash, no flour needed. Then, you pan-fry them until golden. While they are sizzling, you make a salad of arugula and jarred artichoke hearts, tossing it with some of the marinade from the jar. Lay the crisp chicken cutlet on the salad, and dinner is served.

Laperruque recommended making the same dish, but with poppy seeds and salt tossed together on a plate as a coating, no need to crush those tiny seeds. Bet that’s a stunner, too.

As in her column, each of the dishes requires only a handful of ingredients – many probably already in your pantry or refrigerator. Laperruque’s philosophy is to “wring each ingredient for all it’s worth”. She makes the case for using the whole fruit or vegetables – beets and their greens – when possible. She tosses herbs in with a heavy hand for bigger flavour. And she has fun “deconstructing’ favourite dishes.

She builds confidence, too, proclaiming, “If you can make cereal, you can make salad dressing.” She’s got a point. I can remember when salad dressing used to intimidate me. If it still seems daunting to you, imagine turning two ounces of blue cheese and quarter cup of yogurt into a “low-lift blue cheese” dressing. I’d probably add some freshly cracked pepper, but easy, right? (She does the same thing with frosting, blending together goat cheese and confectioner’s sugar, for example. Now, why didn’t I think of that as a tangy alternative to cream cheese? I want to try it on pecan stuffed dates).

And, next time, I’m making her buttermilk granita (buttermilk and sugar, stirred until the sugar dissolves and then frozen and raked with a fork until it is “totally frozen and snowy in texture”), which she serves with peaches sprinkled with freshly ground black pepper. Sounds so good.

That’s the other nice thing about this slim volume: It takes you through the seasons, so you can reach for it to make a four-ingredient chicken noodle soup with loads of fresh dill this winter and grab it again when the weather warms to make a tossed-together rigatoni with sizzled corn. Yum.

SESAME CHICKEN WITH ARTICHOKES AND ARUGULA
This recipe celebrates the minimalism of dishes such as German schnitzel, Italian Milanese, Mexican Milanesa and Japanese katsu, where thin cuts of meat are coated in crumbs and pan-fried until crisp, except this uses sesame seeds, Emma Laperruque wrote in Big Little Recipes. The seeds are ground and turned “into a highly nutty, super crunchy, not-bread breading”, she explained. The chicken breasts, pounded thin, make a prettier presentation, while the thighs are “wonkier-shaped but juicer”. Laperruque recommended “a confident lettuce” such as the arugula, radicchio or endive. The marinade from jarred artichoke hearts makes short work of dressing the greens.

NOTE: If you can’t find cutlets at your grocery store, make your own. Use two large chicken breasts, about one pound total, and cut horizontally through each breast so the meat opens like a book; separate the halves. If desired, place each cutlet between two pieces of plastic wrap or wax paper. Then, use a meat tenderiser or small, heavy skillet to pound each cutlet until they are about quarter-inch thick. Trim away any fat or sinew.

DIRECTIONS
Using a mini food processor, spice grinder or a mortar and pestle, roughly crush the sesame seeds with the salt until they turn mostly powdery with some whole seeds remaining. Transfer the mixture onto a rimmed plate.

If using chicken cutlets, place a cutlet between two pieces of parchment paper and use a heavy skillet or a rolling pin to pound until quarter-inch thick. If using chicken thighs, use as they are.

Dredge the chicken in the sesame mixture, pressing firmly to coat.

In a cast-iron skillet over medium-high heat, add enough oil to thinly coat the bottom and heat until shimmering. When a few sesame seeds dropped into the pan instantly sizzle, the oil is ready.

Working in batches if necessary, add the coated chicken to the pan in a single layer, leaving enough space between the pieces so they brown, not steam.

Cook until the outside is golden and the inside is cooked through (165 degrees), two to four minutes per side, adjusting the heat under the pan as needed. Transfer the chicken to a wire rack.

Repeat with any remaining chicken, adding more oil to the pan as needed. If seeds that fall from the chicken begin to burn in the oil, carefully wipe the skillet clean and add fresh oil.

While the last batch is cooking, in a big bowl, combine the artichokes and arugula.

Toss, adding the artichoke marinade, salt and pepper to taste.

Serve the sesame chicken atop or alongside the salad, with a lemon wedge on the side. 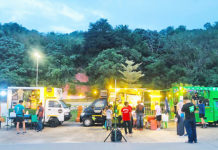 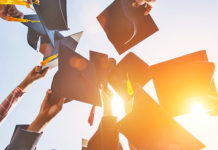 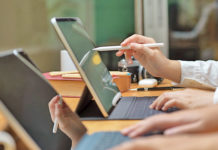