ANN/THE STAR – Curry puff is a popular snack that can be eaten all throughout the day, especially during breakfast or teatime.

It consists of a flaky and crispy pastry shell on the outside, and stuffed with a savoury curry filling on the inside. It is then deep-fried. This version is filled with curry potatoes and green peas. 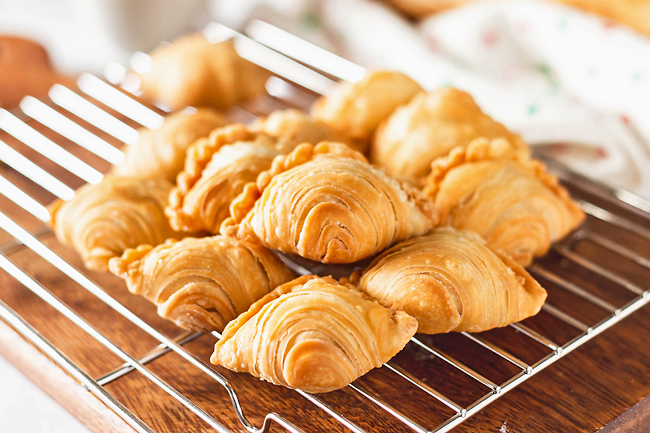 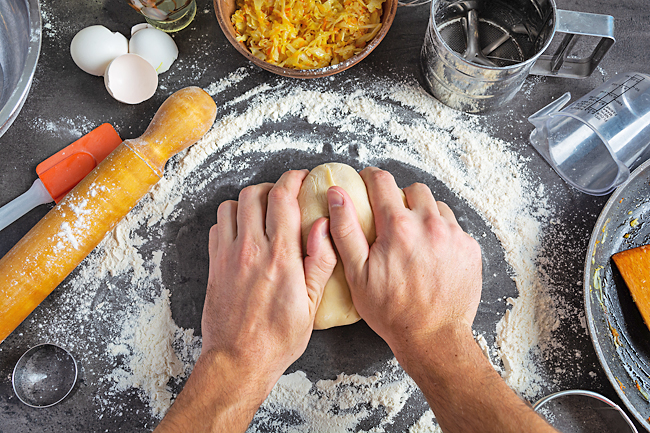 Shortening Dough:
Using a mixer and a paddle attachment, rub the flour and shortening on slow speed for one minute.

Dissolve sugar in water and add it into the mixer. Mix on second speed for two-to-three minutes until the dough is smooth. Round up the dough and rest it for 15 minutes.

Flaky Dough:
In a clean bowl, sift flour on the table and mix in shortening. Using the palm of your hand, rub in gradually to form soft dough. Round up the dough and rest it for 15 minutes.

Potato Filling:
In a pot, boil the diced potatoes until fork tender. Blanch the frozen green peas until soft.

In a pan, heat oil. Stir the diced potatoes, green and peas. Add in curry powder, black pepper, sugar and salt. Stir until fragrant. Adjust seasoning as desired. Set aside and allow to cool.

Using a rolling pin, roll out into a rectangular shape. Give one three-folds and rest for five to 10 minutes.

Turn the dough 90 degree and roll out into a thin sheet about three-millimetre thick. Roll out the dough from top to bottom into a long cylinder shape.

Divide each roll of puff dough into nine pieces. Using a rolling pin, flatten into a circular shape.

Place potato filling in the middle, fold in half and seal before pleating the edges.

Drain on kitchen towels and serve.