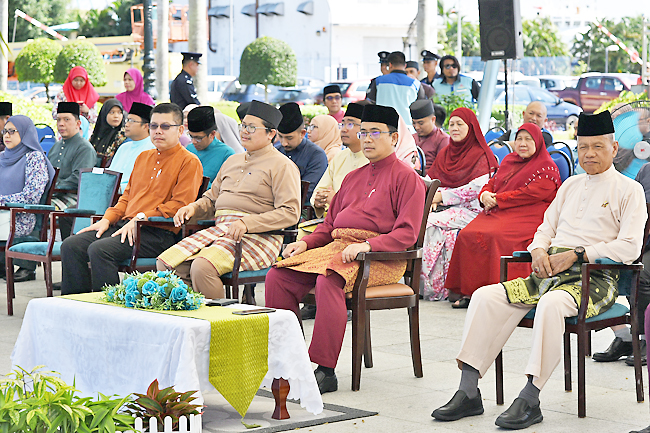 The flag was then handed over to the guest of honour.

The ceremony opened with the marching in of RBPF flag bearers, followed by the singing of the national anthem by the Perdana Wazir Secondary School Choir.

The national flag was lowered, folded and handed over to the Belait District Officer.