The result marked the Gegar Gegar men’s biggest win since a 7-1 drubbing of Young Lions in the league at the Hassanal Bolkiah National Stadium in October 2017.

The depleted Tigers faced a tall order against a rejuvenated DPMM FC side after missing nine personnel through a combination of suspensions and injuries.

The visitors looked to gain the upper hand in the early proceedings as Azwan Ali swung in a fine cross which Blake Ricciuto nodded over under pressure by the Balestier defence.

The pair of Hazzuwan Halim and Akbar Shah combined to apply pressure through good pressing and gave DPMM FC goalkeeper Wardun Yussof a nervy moment but the away side steered clear of danger.

When Abdul Azizi Rahman somehow scuffed his cross, the threat should have disappeared but the ball rolled nicely for his brother Azwan Ali Rahman who fizzed a shot over the bar.

The lead duly arrived as Helmi Zambin floated a cross as Varankou applied a deft touch with his header past Balestier goalkeeper Zacharial Leong for the opening goal of the game.

DPMM FC foreign import Blake Ricciuto joined in the act with a quick-fire double in a space of four minutes before Varankou struck in the 39th minute to end the half with an unassailable 4-0 lead.

Varankou completed his hat-trick a minute before the hour mark after planting his header home following another inch-perfect delivery from Helmi.

The visitors played a quick free-kick to Varankou who sent a cross into the area but Ricciuto’s header landed safely into the arms of Leong.

Hendra Azam pinged a cross to Helmi who knocked the ball down to Varankou and the forward received heavy contact by Sufianto Salleh leaving the referee no hesitation but to award a penalty. The Balestier Khalsa player was also cautioned for his troubles.

Varankou sent the Balestier goalkeeper the wrong way for his fourth goal of the game, taking his tally to seven this season in just five league appearances.

The Belarussian had the ball in the back of the net but was deemed to have fouled Illyas Lee while challenging for the ball in mid-air.

Two Balestier substitutes had a hand in their consolation. Sameer Alassane initiated the attacking threat with a beautiful cross field ball.

Hazzuwan Halim spotted the run of Sanjin Vrebac and picked out his teammate who placed the rebound into the top corner after his initial attempt forced a good save from Wardun.

Varankou scored his fifth goal of the game after connecting Hendra’s corner with a firm header seven minutes from time. 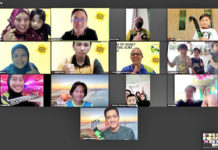