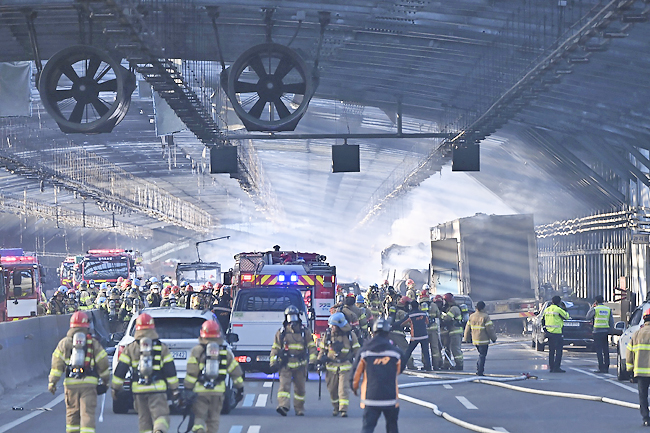 SEOUL (AFP) – Five people have been killed and dozens injured after a bus and truck crash caused a huge fire at an expressway tunnel on the outskirts of Seoul, the local fire department told AFP.

Images of the scene in local media showed huge flames and plumes of smoke rising from the tunnel, as hundreds of firefighters battled to bring the blaze under control.