Personnel of Bangar Police Station, the Royal Brunei Police Force (RBPF) seized 100 boxes of 3388 firecrackers and 10 boxes of 8888 happy boom firecrackers in Kampong Bokok in the Temburong District on Tuesday.

A suspect believed to be involved in the smuggling of the firecrackers was detained.

According to the RBPF, police personnel from the Bangar Police Station during a crime prevention patrol at around 8pm noticed a suspicious four-wheel drive vehicle at the junction of the Tambatan Jetty. The personnel stopped the vehicle. Upon inspection, they found packages containing the firecrackers. The driver, a 45-year-old unemployed local, was brought to the police station for investigation.

The RBPF emphasised that firecrackers are banned in the country as it can damage property and cause fire. Under Rule 15 of the Arms and Explosives Act, Chapter 58, restriction of importation of firecrackers, fireworks and others states no person can import, manufacture, sell or possess fireworks, firecrackers or any explosive materials or a mixture of explosive material.

Section 6 of the Minor Offences Act, Chapter 30 states that anyone guilty of lighting up a fire or burns flammable materials that cause disturbances, inconveniences or dangers the public, or releases balloons or skyrockets on a public road, can be fined BND250. 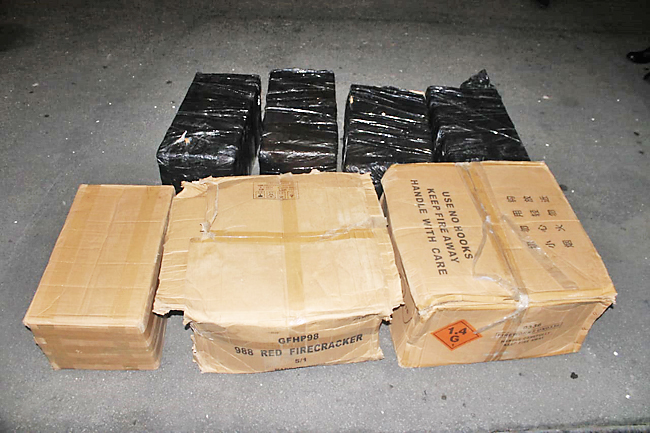