Firefighters spent two hours taming a raging bushfire that had spread across three-hectare of an agriculture site at Kampong Perdayan Jalan Labu on Sunday.

ASO Lain anak Asun led a team of six firefighters from the Bangar Fire Station to the scene after a distress call was placed at 3.10pm, the Fire and Rescue Department (FRD) said.

The team used two jet hoses and two snap tanks to battle the flames as it continued to spread across an area the size of a football field.

The FRD reminded the public to avoid open burning, particularly during dry weather spells, and to contact 995 in the event of an emergency. 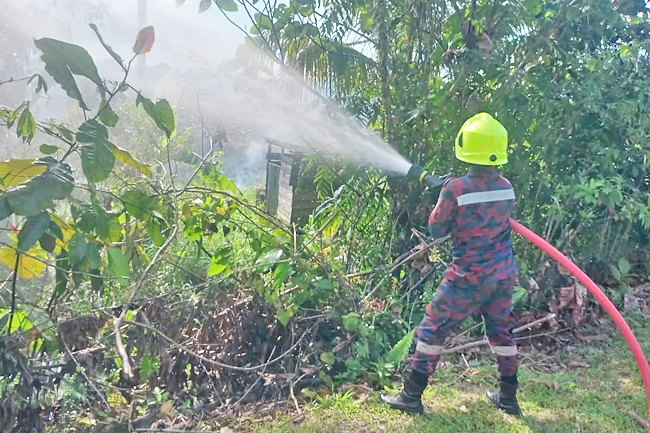