UPI – Firefighters in Michigan rescued an unlucky raccoon (Pic below, UPI) that ended up with its head stuck through the hole in a sewer cover.

The Harrison Township Fire Department said a crew responded to a call for assistance from animal control and responded to an intersection where a raccoon’s head was poking up through the hole in a sewer cover. The firefighters attempted to use soap to lubricate the hole and the raccoon’s head, but the animal was still unable to pull free.

Lorkowski said the crew ended up getting some help from a nearby homeowner. “We had the homeowner bring out cooking oil,” Lorkowski said.

“And that was enough to free the animal. We had someone hold the head kind of and then someone was on the other side pulling the body. And it was able to free itself.” 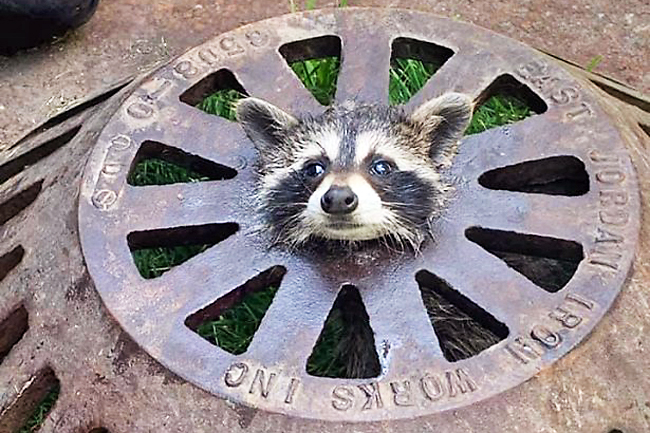