An oil spill caught fire at the Belingus Power Station in Temburong District and firefighters contained the blaze, saving the power station from extensive damages.

This was the scenario of a fire and evacuation exercise at the power station on Wednesday.

According to the Fire and Rescue Department (FRD), the exercise aimed to instil a sense of responsibility and attention to fire safety including life-saving measures that follows if trapped in a building where a fire occurs.

The briefing was held to prepare the recruits in carrying out their duties after completing the training and raising awareness on the danger of a fire as well as instilling a sense of responsibility in ensuring fire safety.

The activities also reaffirmed the effectiveness and systematic procedures to enable interaction, cooperation and relationships between the FRD and SPSS.

The agency also noted that such an exercise should be carried out at least twice a year to ensure its effectiveness. 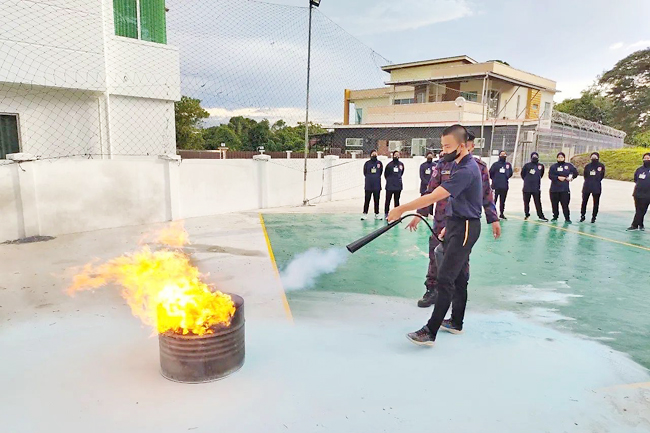