FUJISAWA, JAPAN (AFP) – Posted far from home for his job at Japanese conglomerate Hitachi, father of two Tsutomu Kojima was “really lonely” until he began working remotely during the pandemic for the first time.

COVID-19 has upended office routines worldwide, but in Japan – where punishing hours and reliance on paper files, ink stamps and fax machines has long been the norm – some say the shake-up was sorely needed.

Pre-pandemic, just nine per cent of the Japanese workforce had ever teleworked, compared with 32 per cent in the United States and 22 per cent in Germany, according to Tokyo-based consultancy firm Nomura Research Institute.

But a quiet revolution in the country’s rigid business culture is underway, with firms working to digitise operations and offer more flexibility to staff who were once expected to stay late, go drinking with the boss and accept far-flung transfers.

Kojima used to live alone in accommodation provided by Hitachi near Tokyo, an hour-and-a-half by bullet train from his family in Nagoya.

Back then he would return only twice a month, but now the 44-year-old works exclusively from home, and says he is more productive and closer to his teenage daughters. 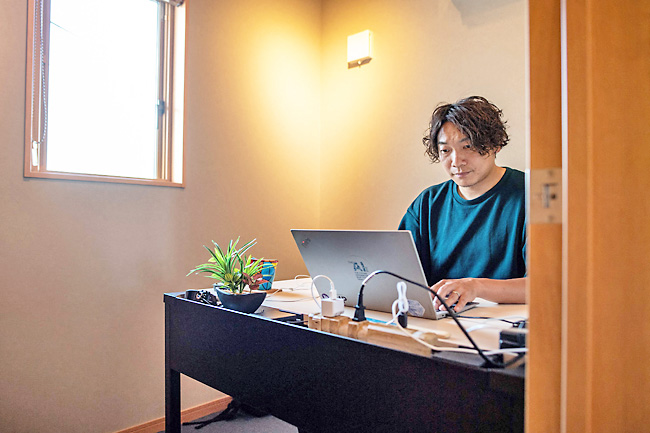 “I have more time to help them with their studies. My youngest told me she hopes things stay like this,” he told AFP.

“I used to feel really lonely” in Tokyo, Kojima said, but he has since realised that “true balance means not giving up on family”.

Nearly a third of jobs in Japan were done remotely during the first COVID wave in spring 2020, the Japan Productivity Center said, even though the government never imposed strict stay-at-home orders.

The rate has since fallen to 20 per cent, but that is still far higher than before the pandemic, according to quarterly surveys by the non-profit organisation.

To encourage telework, the government and some companies made efforts to phase out personalised ink stamps used to certify documents, as well as the ubiquitous fax machine.

Often in Japan, “business has to be done in person, on paper”, habits dating back to the 1970s and 80s, when the Japanese economy was booming, said professor at Hitotsubashi University specialising in human resources Hiroshi Ono.

“One of the things COVID has done is bring those barriers down: work doesn’t have to be done at the office, men can work at home,” he told AFP.

Companies are realising that new ways of working can be more efficient, he added.

“Before COVID, it was so important for employees to show that they’re working hard, instead of actually producing results.”

A record number of company headquarters moved out of Tokyo last year, according to Teikoku Databank, while the capital’s population decreased for the first time in 26 years.

Among those who have upped sticks are Kazuki and Shizuka Kimura, who left their cramped Tokyo apartment for a custom-built house near the sea.

The couple now mostly do their jobs in communication and marketing remotely from Fujisawa, southwest of the capital, having struggled to both work from home in Tokyo.

“It was really COVID that made us take this decision,” said Kazuki Kimura, who used to seek out other places to do meetings – at his parents’ home or in cafes, remote-work boxes set up in train stations, and even karaoke booths.

“Sometimes you could hear singing from the booth next door”, which made it difficult to concentrate, recalls the 33-year-old, who is now learning to surf.

Shizuka Kimura, 29, thinks “more and more people are now prioritising their well-being, rather than their job”, but questions how quickly things will change on a wider scale.

This is a concern shared by Recruit Works Institute expert Hiromi Murata who said smaller companies may be slower to adapt to new work styles than big firms like Hitachi, Panasonic or telecoms giant NTT.

Remote work can also pose a problem for training new recruits, because “you learn on the job”, Murata said.

“Before, it was so important to meet in the office… each business must find a new balance, in their own way and time.”