AP – Erin French is a rising culinary star known for intimate gourmet dinners crafted from hyperlocal ingredients. Her magical restaurant, The Lost Kitchen, is located in an abandoned 19th century mill in her tiny hometown of Freedom, Maine. There’s even a show about the restaurant on Chip and Joanna Gaines’ Magnolia Network.

Sounds like a classic American success story, right? But as is so often the case, success did not come easy. French chronicles her struggles, failures and triumphs in a lyrically written new memoir, Finding Freedom.

The book begins with her idyllic childhood in rural Maine. But climbing trees and chasing frogs soon gives way to working long hours in her father’s diner. He’s a callous man who grins as his dog tears a live rooster to bits, and he won’t stop his drunk buddies from making inappropriate remarks about French’s teenage body.

Despite their fraught relationship, what French learns from her dad about cooking unlocks her destiny: “Feeding a complete stranger a plate of food that you had made with attention and care, brought me more joy than I had ever felt.”

Pregnancy derails her college plans and she ends up in a toxic marriage. She channels her energy into running a private supper club and eventually a restaurant until it all comes crashing down: She’s sidelined by addiction, her husband closes the restaurant and she loses custody of her son.

Slowly she rebuilds. She gets divorced, gets her son back, and turns an old Airstream into a portable kitchen for pop-up suppers. Then she opens The Lost Kitchen. When thousands of reservation requests pour in for her 40-seat dinners, her redemption is complete.

The book ends before the pandemic begins.

But this compelling, authentic tale of grit and determination leaves no doubt that French will find her way through this challenge, just like she did all the others. 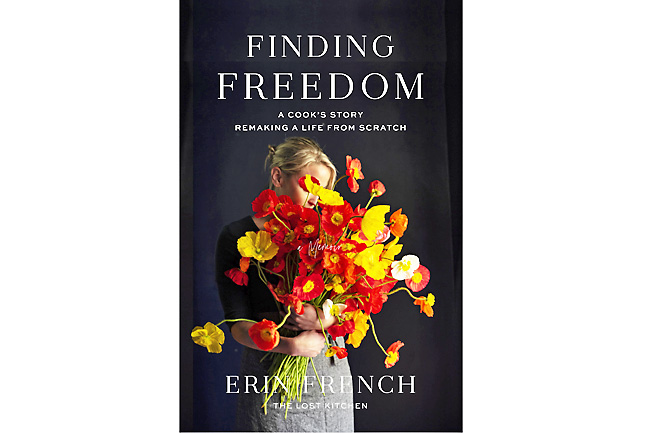