Voters across the chain of 300-plus South Pacific islands on Wednesday cast their ballots to elect a government for the next four years.

Two former military leaders are vying to be prime minister – incumbent Frank Bainimarama who came to power in a putsch 16 years ago, and Sitiveni Rabuka, a two-time coup leader nicknamed “Rambo”.

Fiji has endured four coups since 1987 and this year’s election was a test of its fledgling democracy.

Voting day passed without major incident, but the ongoing count has been marred by a late-night “glitch” that hid the tally from public view for four hours.

Rabuka had led the polls in very early results, lifting supporters’ hopes and raising the prospect of the first peaceful transition of power in two decades.

But when the system was restored just before dawn yesterday, he was trailing Bainimarama by a significant margin.

After tense discussions with his staff at campaign headquarters, Rabuka told AFP he was planning a legal challenge. 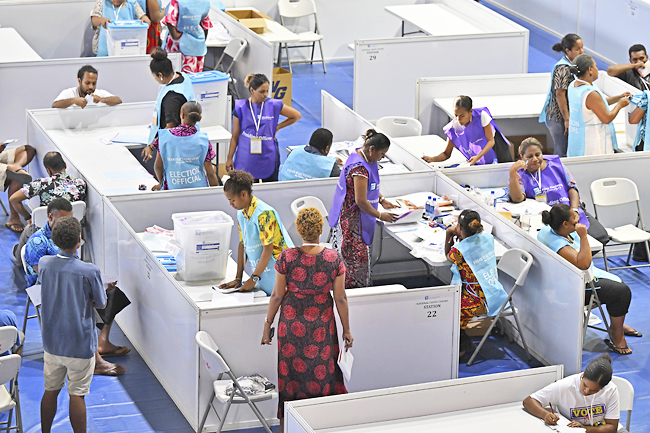