SUVA, FIJI (AFP) – Fiji’s long-time prime minister said yesterday the military had been deployed to maintain “law and order”, as the former coup leader refused to concede defeat after a close election.

Prime Minister Frank Bainimarama, who has led Fiji since coming to power in a 2006 military putsch, cited unsubstantiated reports of post-vote ethnic violence as the reason for the deployment.

“So long as it is our responsibility to serve in government, we will fulfil our duty to every Fijian’s safety,” he said in his first public comments since the December 14 election.

That vote looks set to end Bainimarama’s long rule, with an opposition coalition cobbled together by another former coup leader, Sitiveni Rabuka, securing enough seats for a parliamentary majority.

However, Bainimarama has refused to concede defeat and his allies have delayed the parliament sitting to nominate Rabuka as the next prime minister. 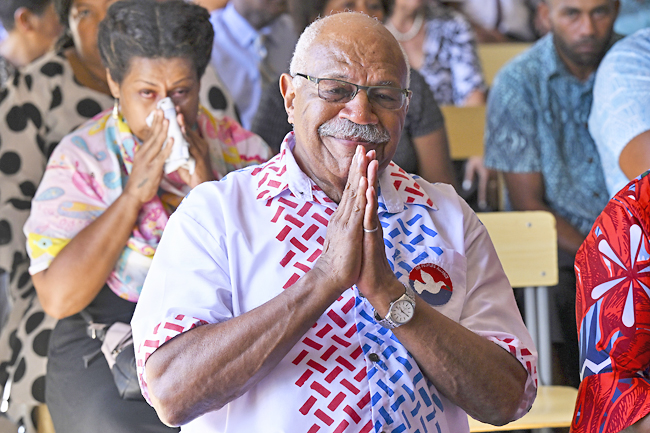 Fiji has been rocked by four coups and a military mutiny in the past 35 years. There are growing concerns Bainimarama is preparing for the military to step into the political process again.

His ally, Police Commissioner Sitiveni Qiliho, claimed earlier to have unspecified “intelligence” about “planned civil unrest”, as he sought to justify the military deployment.

The military has wide powers to intervene in politics under Fiji’s constitution, holding “overall responsibility” at all times for ensuring “the security, defence and well-being of Fiji and all Fijians”.