SEVASTOPOL (AFP) – Russian tourist Alexandra Rumyantseva is tanning on a beach in Moscow-annexed Crimea, not far away from the front lines of Ukraine’s eastern and southern territories.

Sitting on a rock in a white bikini by clear Black Sea waters on the outskirts of Sevastopol, Rumyantseva looks up as a Russian fighter jet whizzes through the perfectly blue sky.

“Of course, I cannot say that we are in a fully relaxed state,” she told AFP.

The front is around 300 kilometres north of Sevastopol – Crimea’s largest city and home to the Russian Black Sea fleet.

Despite the fighting nearby, the Saint Petersburg charity worker chose to have her beach break with her husband and two sons on the peninsula.

Moscow’s intervention in Ukraine, the onset of Western sanctions, severed air links with Europe and mounting economic troubles at home have made a lot of popular tourist destinations in Europe and elsewhere off limits to Russian tourists.

But even getting to Crimea, annexed by Russia from Ukraine in 2014 and a popular beach destination, is difficult.

Russia’s balmy Black Sea coast and Crimea have become hard to reach due to the closure of airspace in the south over the fighting in Ukraine. 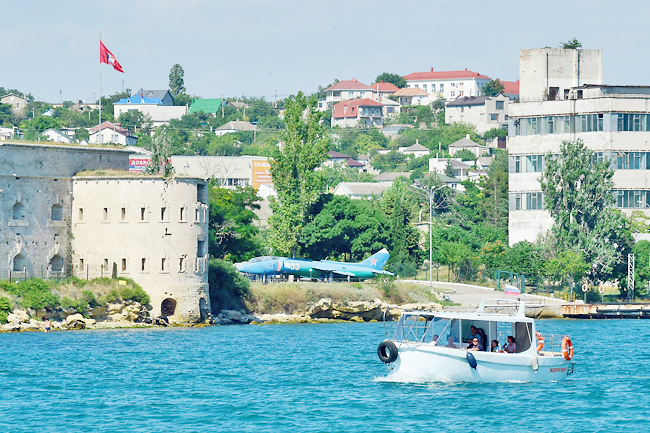 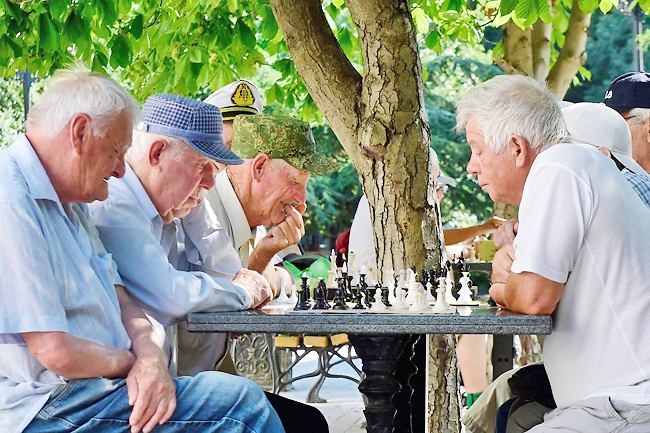 Rumyantseva said there were rumours the bridge could be blown up and that “many were worried”, but the family decided to risk it anyway.

On their way, they saw a military convoy, seemingly on its way to the front.

When AFP visited Sevastopol on a hot July day, Russian warships were visible in the distance as beachgoers cooled off in the sea.

Aside from the ships and occasional jet sounds, few signs pointed to the full-scale military campaign next door.

In the city centre, Russian patriotic music rang out and souvenirs featuring the letter Z – a symbol of Moscow’s forces fighting in Ukraine – were offered to visitors.

Fewer tourists than usual have showed up in Crimea this summer.

“It seems like it is mainly locals here,” said 28-year-old Anna Zaluzhnaya, who works in the food industry, as she lounged in the sun.

Local businesspeople, who rely on tourism as the peninsula is largely cut off from the world due to sanctions, are feeling the effects.

Albert Agagulyan, 69, runs a small kebab joint on a beach outside Sevastopol.

The retired fighter pilot said he could not afford to send his child to summer camp this year.

“People are not coming here because they are scared,” he added.

Crimea borders the southern Ukrainian region of Kherson – now controlled by Moscow – and the southeastern region of Zaporizhzhia – partially occupied by the Russian army – is also nearby.

Kyiv has pledged to retake lost southern territories captured by Russian troops, and some believe that the possibility of Ukrainian strikes on Crimea cannot be ruled out.

While some prefer not to discuss politics, locals like Viktor Borodulin say they have been closely following Moscow’s military campaign in Ukraine.

“I am very worried by these events,” said the 77-year-old engineer. He said he was particularly saddened by the sinking of the Russian cruiser Moskva in April.

Borodulin waxed nostalgic for the Soviet past and lit up when he spoke of the possibility of buying fruit and vegetables from Moscow-occupied southern Ukraine.

“Today I even bought some products from Kherson,” he said.