LOST CREEK, UNITED STATES (AFP) – Chase Hays said he is “torn”. After seeing floods ravage his hamlet in the mountains of eastern Kentucky, he filed a lawsuit against the mine that overlooks it, but the 34-year-old doesn’t want to be seen as an “enemy” of coal.

Like him, many in his Appalachian region are reluctant to question an industry that has long provided the only high-paying jobs.

Yet the state has been devastated recently by extreme weather.

In December, tornadoes killed 80 people in western Kentucky, and in late July, unprecedented heavy rains left 40 residents dead in the east of the state.

Standing at the bottom of a remote valley on the banks of a small creek, Hays had never seen water come down so fast.

He barely had time to cut through a fence to escape with his family before the torrent washed away his porch.

Even if he still cannot live there, he considers himself “one of the lucky ones in my neighbourhood”, called River Caney, where about 20 houses were destroyed and two women swept away. 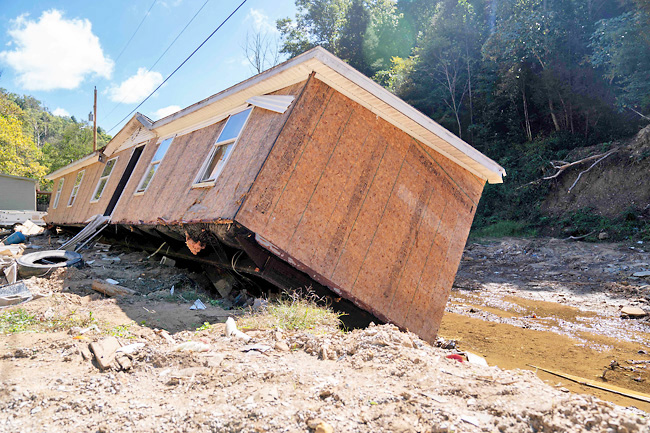 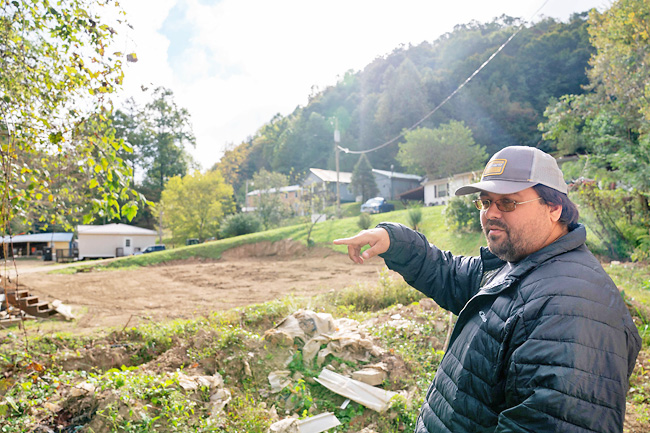 Moreover, he was insured, unlike his neighbours, some of whom are still sleeping in tents with no prospect of finding a roof before winter.

On behalf of those neighbours, he filed a complaint against the mining company that extracts coal above the hamlet.

Hays is convinced that one of the company’s retaining ponds broke when the rain intensified.

“A big part of the reason why the ponds (were) able to break was that they were just blasting way too hard and probably cracked the ponds,” he said.

But Hays comes from a long line of miners and is cautious about making generalisations.

“What happened here was the fault of (things) not being maintained and checked on,” he said. About 50 neighbours have joined his lawsuit, including Christy White, a 57-year-old woman whose once well-kept home is now a damp shell.

A grandmother, White finds her voice quivering at the mention of the floods.

“Eventually you start bombing and drilling and cutting into the corners, you know, something’s gonna happen eventually. It’s just common knowledge,” she said.

In recent years, mining companies in Appalachia have taken to mountaintop removal, known as strip mining, to gain easier access to coal seams.

Whether strip mining worsens flooding is uncertain, said the state geologist of Kentucky and director of the Kentucky Geological Survey, William Haneberg.

Mountaintop removals “expose a lot of bare rock and remove the trees and the natural vegetation”, he said, but the rubble is dumped into the valleys and flattens terrain “and that might decrease the severity of floods”.

He acknowledged a “very strong consensus” among scientists that global warming is driven by the burning of fossil fuels.

“In that way, coal mines do tie into the recent events,” he said.

Yet this conclusion is not one shared by many in Kentucky, which has 20 per cent of the active coal mines in the US.

Hays has heard the studies on global warming: “Around here, it’s not a nice subject to talk about, just because without coal, this place is dwindling.”

An independent city councilman, Luke Glaser, in nearby Hazard who has been heavily involved in relief efforts, said that there is “long-simmering hostility towards climate-change initiatives” locally.

The state, once contested by the two major political parties, has since the 1990s turned overwhelmingly Republican, partly due to energy and environmental issues, said, a political science professor at the University of Kentucky, Steve Voss.

More recently, candidates from both parties are careful to “stress that they are friends of coal”, although some Democrats are starting to talk about climate, he said.

For locals like Hays, the climate change debate has little effect on elections, even with disastrous flooding.

“We feel forgotten about here”, Hays said. “We’re just looked down on as uneducated and incapable people.”

As for White, an avid fan of former president Donald Trump, her damaged home occupies all her thoughts, and she hasn’t pondered the midterm elections at all.