The Cardiac Society Brunei Darussalam (CSBD) held its 7th Annual Scientific Meeting on November 22, 2020, to discuss various issues and present reports and findings surrounding coronary health within and outside the Sultanate.

Among the topics discussed was ‘Young Coronary Artery Disease in Brunei – A Report’ by Bruneian cardiologist Dr Izyan Mohammad.

In an interview with the Bulletin, Dr Izyan explained that the report is an ongoing research project that looks into coronary artery disease in Brunei.

She shared that her research aims to compare the younger and older age group population in the country.

She said from the current data collected, it can be seen that the patients have a high prevalence of comorbidities like hypertension, smoking, diabetes and obesity.

“The majority of the patients are obese and overweight, and we can see from the analysis so far that the presence of diabetes and renal impairment is associated with more severe coronary artery heart disease,” said Dr Izyan.

She added that although the most prominent age when symptoms show is a little difficult to determine, their youngest patient with coronary artery disease from 2018 was only 30-years-old, and within the study group of 30 to 50-years-old, the average age was 44 and the majority in their 40s.

However, Dr Izyan said that they have also yet to include patients aged above 50 in the research.

“Through this research, we want to see whether or not there are any differences in severity and comorbidities between the younger and the older age groups. So far we’ve already shown that even within our younger age group, these comorbidities exist,” she noted. “The first step is definitely to prevent them from getting these comorbidities and, secondly, is to do early screening for these existing diseases before they develop coronary artery disease.”

At the moment, Brunei’s national health screening is for those 40 and above, and Dr Izyan encourages those within the criteria to get screened.

“If they already have any comorbidities such as obesity, overweight or diabetes, get screened for other risk factors as well,” she added.

Dr Hajah Rohayati explained that children are born with good cardiovascular health and are not affected by heart diseases described by Dr Izyan, but they may be presented by a different type of heart disease that is not atherosclerotic coronary.

“So how do children who are supposed to be healthy develop to become adults who are unhealthy?” she mused. “We know that the foundations of this disease are actually laid in childhood, and the risk factors that these children are exposed to.”

Dr Hajah Rohayati explained that among the risk factors of particular concern in Brunei is obesity. 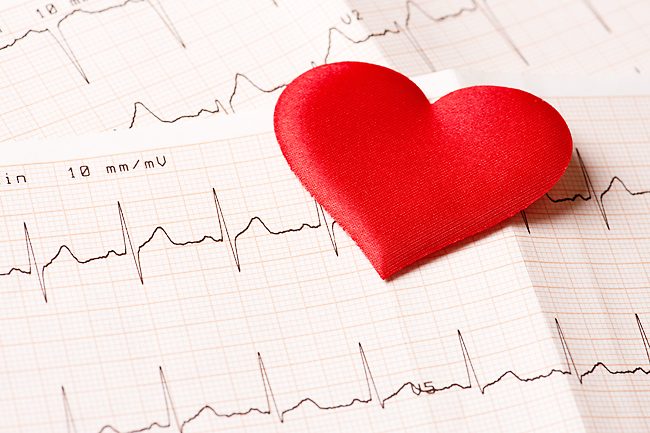 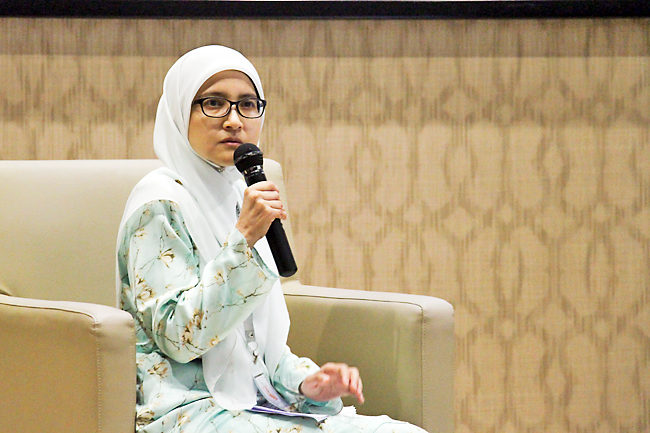 “Looking at why this occurs is mostly because of the lifestyle, and these risk factors are actually easily modifiable or preventable before they set in,” added Dr Hajah Rohayati.

She said one of the modifiable risk factors is that of diet, in terms of optimising a child’s diet before obesity sets in. Once a child is obese, it is very hard to get them to lose weight, but it is also important to expose children to the best and optimum nutrition, which the Ministry of Health has advocated for many years to give children optimum nutrition as per the World Health Organization’s (WHO) guidelines, along with breastfeeding, optimal feeding practices after the age of five years, and reduction in sugar sweetened beverages for children.

“If we can, reduce the amount of sugar sweetened beverages that children take and have children drink more water and milk,” said Dr Hajah Rohayati. “Another important factor is that of physical activity.”

Previous data suggests that one in six children is physically active. The paediatric cardiologist explained that the Heart Association has recommended children to participate in 60 minutes of moderate to vigorous exercise per day. However, this is often impacted by screentime.

“If we can limit the amount of time a child sits in front of the television, make them more active, and develop a healthy lifestyle from young, it can continue to adulthood,” said Dr Hajah Rohayati. “What we emphasised in our forum is that of prevention, which is much better than cure. Feed them healthily and keep them active.”

When asked what issues they run into when trying to create awareness in the public on coronary heart disease, Dr Hajah Rohayati and Dr Izyan said that complacency is one of the issues.

Dr Hajah Rohayati explained that there is the feeling that at the present time obesity would have no impact on a child’s health later on in their life.

“Sometimes we as clinicians, our focus is the reduction of weight – to lose weight, but not to reduce the cardiovascular damages that occur, so maybe we should emphasise on that,” she added. “When we do advocate for children, we also have to advocate for the nation. So when you say that the child has to lose weight but the family doesn’t, it’s a whole cultural change rather than an individual change.”

Dr Hajah Rohayati said that a general measure should be that of a whole-of-nation approach such as using Bandarku Ceria as an excellent platform to create public awareness.

She also said that there are those who are not aware of what the impact of secondary smoking has on a child’s cardiovascular.

She highlighted that awareness is one issue, while lifestyle and the pressures of the digital age are other issues as people just sit idly in front of the television and are not physically active.

“Children should be playing around up to 60 minutes a day. Not all at once, but just short bursts of exercise which is what we did growing up. We should go back to that,” said Dr Hajah Rohayati.

The research on Young Coronary Artery Disease in Brunei is hoped to be completed by the early part of this year.

Dr Izyan is aiming to present the results during CSBD’s next Annual Scientific Meeting at the end of the year.