Favourite photos from AP staff at the World Cup

DOHA, QATAR (AP) – A World Cup that ended with Lionel Messi finally holding the golden trophy in his hands produced some unforgettable images from the staff of Associated Press (AP) photographers at the tournament in Qatar.

Through the 64 games over nearly a month of football, the AP deployed dozens of photographers to the eight stadiums in and around Doha.

It ended at Lusail Stadium with Argentina beating France in a penalty shootout for the title, and a photo of Messi hoisted above the crowd with the World Cup trophy in his hand.

It was one of a group of photos chosen by staff members as their favourite of the tournament.

There were other memorable moments and other star players.

Like Cristiano Ronaldo, who may have played his last World Cup match with Portugal at the age of 37. 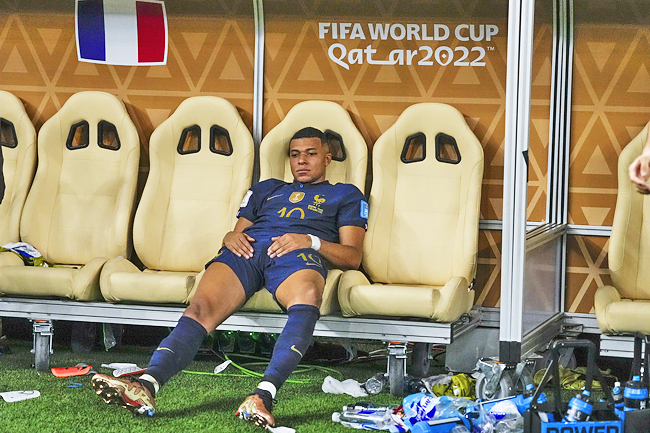 Like Neymar, who overcame an ankle injury to return to the field but ultimately lost in the quarterfinals with Brazil.

Like Luka Modric, who made it back to the semi-finals with Croatia a year after reaching the final. And like Kylian Mbappe, who became only the second player to score a hat-trick in a World Cup final despite France’s loss to Argentina.

The tournament in Qatar has been criticised for years because of the country’s human rights record and it started with more controversy when FIFA threatened to penalise players who wanted to wear an unofficial captain’s armband to promote inclusion.

Four-time champion Germany was one of those teams, and the players decided to take a team picture before their opening match with each holding his hand over his mouth to show they were being silenced.

There were pictures off the field as well, like of the fans who make the World Cup so special.

And even a cricket photo with migrant workers playing their favourite game on a rocky lot in the city with skyscrapers all around them.

In the end, though, it was all about Messi and that World Cup trophy in his grateful hands.