AP — Doja Cat went for neon feathers and a moto-inspired look zipped allll the way down and Cynthia Erivo stunned in a sparkling silver gown with gold accents by Louis Vuitton at the Grammys as music’s big night Sunday offered a luxe fashion moment for the stars.

Erivo’s gown included a low cutout at the front with a gold bib effect at the top and a gold belt, while DaBaby brightened up a drastically pared-down red carpet in a bright mustard and green floral suit from Dolce & Gabbana. Erivo didn’t hit the carpet, but she made a statement nevertheless. Her gown was adorned with more than 60,000 glass beads, crystals and sequins. She topped off the look with jewels from Tiffany & Co.

Dua Lipa also sparkled, in a pink sequin Versace gown with a butterfly motif. The body-skimming gown included cutouts at the hips and a sexy high slit. Billie Eilish matched her long nails to a loose pink and black trouser look by Gucci, her hat and face mask also a match.

Leeds wore a multi-colour sequined gown by Nicole Miller, and she slid off her silver heels to show on camera. The night’s host, Trevor Noah, showed up for the pared-down carpet in a classic black tuxedo by Gucci, while nominee Debi Nova went big — and pink — in a mini dress that had a huge train and tropical details, by Georges Chakra. Phoebe Bridgers wore a black gown adorned with a beaded human skeleton, from Thom Browne, and Megan Thee Stallion wore a strapless bright orange princess look with a high side slit and a huge back bow and train by Dolce & Gabbana. Her Chopard choker finished off the look. 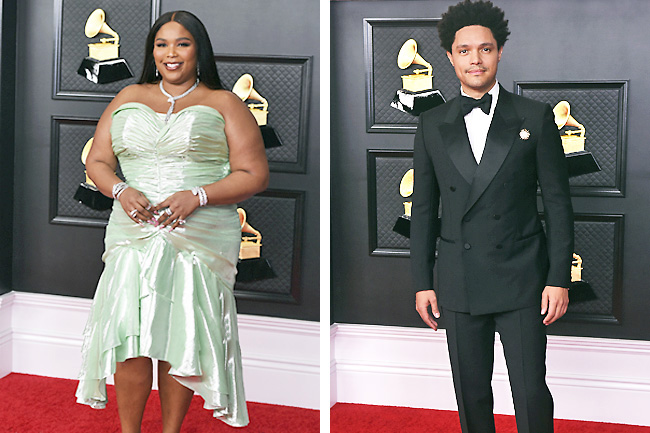 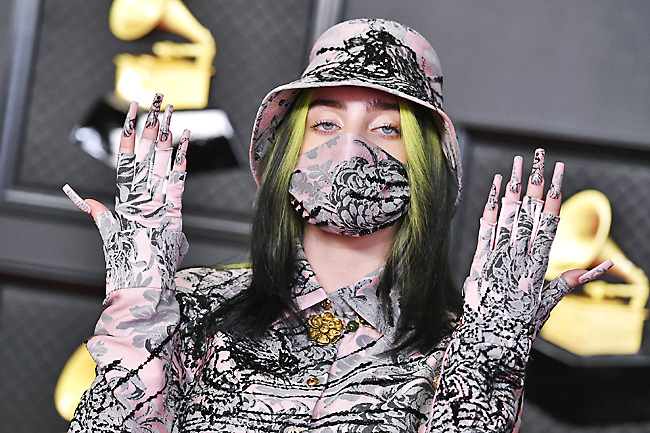 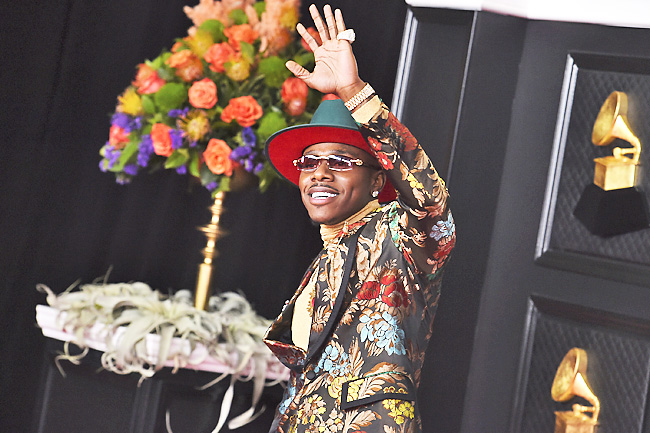 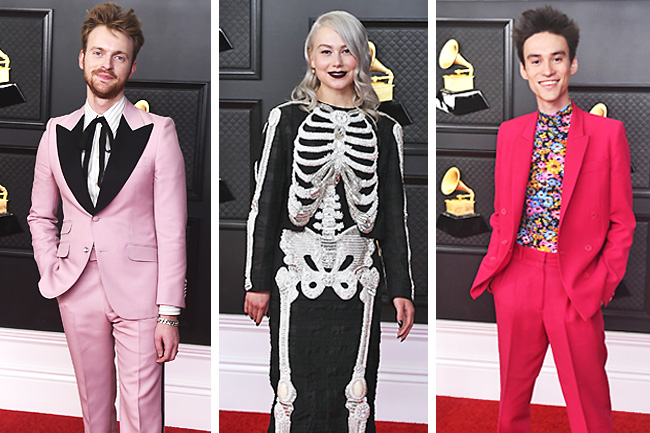 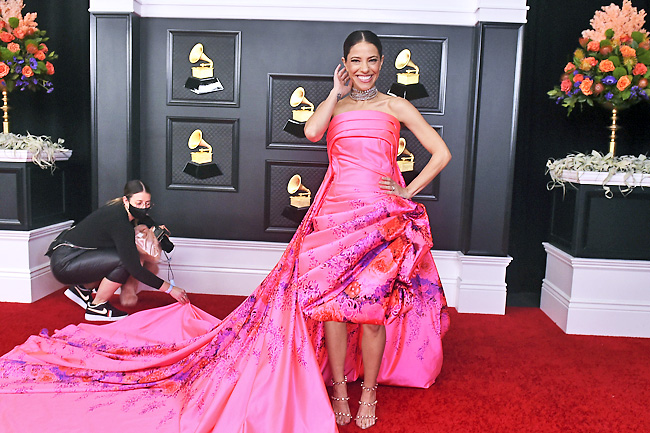