His Royal Highness Prince ‘Abdul Malik graced a boxing tournament held by the Brunei Boxing Association (BBA) and host club Jab Gym at the Youth Centre in the capital on Saturday.

It was the first boxing event in the country since the pandemic and the COVID-19 restrictions have been in place.

A total of 100 boxers participated and the entire event was live streamed on imagine’s YouTube channel. 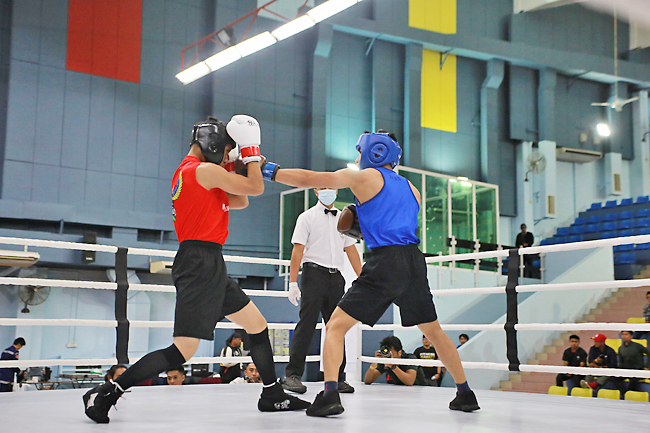 Lex landed a powerful punch just 12 seconds into the contest, sending Muhammad Irfan to
the canvas.

The first day of the event on Friday saw 018 MMA fighter Arma Zulfaqar coming out on top against Nasrul Haq of 123 Fitness in the lightweight (60kg category) and a win for Shahrizal fighting out of Yussof Gym against Muhammad Hariz of MBC. Muhammad Fakhri bin Haji Mohd Sharon of TKO won his bout against Aiman Effendy of Wolfpack in the fly
(52kg) category.

Box Lab recorded the most wins with 10 followed by Khalifa MMA with eight and Project Mayhem with seven wins.

The meet helped revive the domestic boxing scene and provided an opportunity for the country’s boxing talents to showcase their skills while portraying qualities such as determination, perseverance, discipline and sportsmanship.

The event was also supported by the Ministry of Culture, Youth and Sports.