The Narcotics Control Bureau (NCB) yesterday said it busted another family drug business syndicate and arrested 17 individuals aged between 20 and 65 on the charges of drug dealing and money laundering, while seizing over 1,703.06 grammes of syabu worth over BND300,000 in street value.

The operation, dubbed Operasi Bulls Eye from March 25 to 31, targetted nine different locations in Tutong and Brunei-Muara districts, where 14 of those being apprehended were men while three were women.

The NCB said that these individuals are believed to be linked to another family business syndicate led by a married couple, with their own network to carry out illicit drug supplies to distributors in several districts in the country.

The NCB also believes that their activities are disguised under fishing and selling the catch, and an online business to hide from the authorities.

Searches on vehicles and residences of the individuals have also led to the seizures of cash valued at BND76,683.30; nine cars; two motorcycles; four boats, including the engines; four GPS devices; a number of mobile phones; and jewellery believed to be proceeds from illegal drug activities. 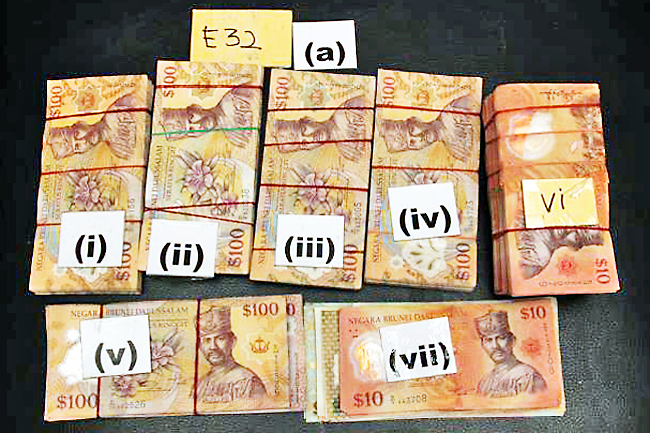