LOS ANGELES (AP) — Fickleness is paying off for the young.

Because Generation Z and a slice of millennials are more likely to drop and add streaming services in pursuit of tempting new shows, media companies are striving to give those restless customers what they want this fall.

The apparent answer: sci-fi and fantasy. With broadcast and cable outlets eager to keep pace, get ready for a galaxy of shows including a saga based on the venerated work of Isaac Asimov (Foundation), one with a Lost echo (La Brea), and additions to the Disney+ Star Wars family.

As the fall TV season arrives in all its head-spinning, gazillion-outlets glory, there’s even a Star Trek spinoff for the really young set — kids — that demonstrates how strategically the industry is thinking.

“When you are able to capture a particular group, what you’re hoping for is as they move through life stages, that they continue to subscribe,” said global insight director for Kantar Entertainment on Demand Jennifer Chan, a research service of consulting firm Kantar. 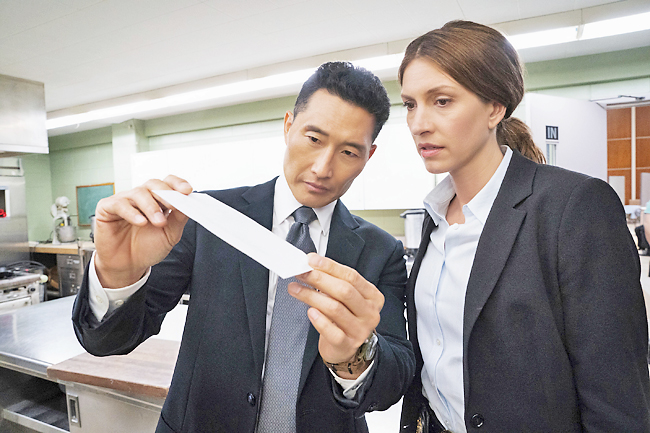 For those who prefer more grounded TV, whether dramas, comedies or docuseries, there’s plenty of choices to be had — but not all at once. While broadcast has its fall ducks in a row, some in the streaming world arrive fashionably late, as with Just Like That… from HBO Max. The Sex and the City sequel has yet to set a debut date.

Here’s an overview of the new shows by genre, with premiere dates unless otherwise noted:

La Brea, NBC, September 28. Mid-city Los Angeles has a sinking feeling, as a massive sinkhole pulls hundreds of people and buildings into a dangerous primeval land. With Natalie Zea and Jon Seda.

Star Wars: Visions, Disney+, September 22. The space saga is reimagined again, through Japanese anime. The anthology series can be seen with the original Japanese voice actors or dubbed in English by a cast including Lucy Liu and Neil Patrick Harris.

Y: The Last Man, Hulu, September 13. In this adaptation of the comic book series, the apocalypse has wiped out all mammals with a Y chromosome — except for one man and his pet monkey. Ben Schnetzer and Diane Lane star.

4400, CW, October 25. In a follow-up to The 4400, thousands of disappeared people return en masse to Detroit — all without memories of what occurred and all, like a Black WWII Army surgeon, from among society’s marginalised.

The Book of Boba Fett, Disney+, December (date to be announced). Set within the timeline of The Mandalorian, the spinoff follows bounty hunter Fett (Temuera Morrison) and his partner, mercenary Fennec Shand (Ming-Na Wen).

Star Trek: Prodigy, Paramount+, (date to be announced.) They don’t check driver’s licenses in space, as young alien outcasts gain control of a ship and gradually learn of Starfleet and its ideals in this kid-oriented animated series.

Kin, AMC+, September 9. It’s the tight-knit Kinsella family vs a drug kingpin in this Dublin-set gang drama. Charlie Cox and Ciarán Hinds are in the cast.

American Rust, Showtime, September 12. Jeff Daniels and Maura Tierney star in an adaptation of the eponymous Philipp Meyer novel about a last-legs Rust Belt town and its residents, with a police chief’s family the focus.

Scenes from a Marriage, HBO, September 12. Ingmar Bergman’s acclaimed 1973 Swedish series about marriage and divorce and what comes between is adapted as a modern American couple’s story. Oscar Isaac and Jessica Chastain star.

The Big Leap, Fox, September 20. Dogged by misfortune, people try to turn their lives around by competing in a reality dance show that could make or break them. Scott Foley, Teri Polo, Piper Perabo and Ser’Darius Blain star.

Ordinary Joe, NBC, September 20. How the course of a man’s life and those around him can be affected by a single decision is explored in three parallel timelines. James Wolk stars in the title role.

Our Kind of People, Fox, September 21. A family revelation throws an upper-class Black community on Martha’s Vineyard into turmoil in what’s described as a “soapy” look at race and class in America. With Yaya DaCosta and Morris Chestnut.

FBI: International, CBS, September 21. Meet the FBI’s “international fly team”, based in Europe and ready to protect American citizens from threat wherever that may be. The cast includes Luke Kleintank and Heida Reed.

Dexter: New Blood, Showtime, November 7. The Miami blood-spatter analyst and serial killer (Michael C Hall) is hiding in a small New York town in what’s been deemed a second chance to give the original Dexter a proper ending.

Cowboy Bebop, Netflix, November 19. Three bounty hunters are after the galaxy’s most-wanted and running from their pasts in a live-action adaptation of the popular anime series. John Cho, Mustafa Shakir and Daniella Pineda star.

The Hot Zone: Anthrax, National Geographic, November 28. A deadly, post-9/11 series of disease-laced letters has America on edge, and a FBI agent (Daniel Dae Kim) and scientist (Tony Goldwyn) are on the killer’s trail.

Doogie Kamealoha, MD, Disney+, September 8. There’s a teenage doctor in the house once more, with a dramedy based on Doogie Howser, MD. This time, the prodigy is Lahela aka Doogie (Peyton Elizabeth Lee) of Hawaii.

The Premise, September 16, FX on Hulu. Created by BJ Novak (The Office), the anthology series promises a provocative and comedic take on issues including sex, capitalism and social justice. Ben Platt and Tracee Ellis Ross are among the stars.

The Wonder Years, ABC, September 22. Like the original narrated by Daniel Stern, this is about a boy and his middle-class family during the 1960s. But this time the family is Black, the setting is Alabama and Don Cheadle does the voiceover.

Ghosts, CBS, October 7. Rose McIver and Utkarsh Ambudkar star as couple who ambitiously decide to convert a rundown old mansion into a B&B. Then the ragtag group of ghosts who live there weigh in.

Frogger, Peacock, September 9. The video game franchise born circa 1980 comes to TV, promising to drop viewers and contestants into the “wild, whimsical” and challenging Frogger world. Damon Wayans Jr and Kyle Brandt are the hosts.

Home Sweet Home, NBC, October 15. Filmmaker Ava DuVernay is the creator-producer of this life-swap series that puts two families per episode in each other’s shoes, or houses, to gain a new perspective.

The Activist, CBS, October 22. A competition series with a social conscience: Teams vie to bring change to the arenas of health, education or the environment, seeking funding from world leaders at an international summit.

Meet Your Makers Showdown, Discovery+, November 27. Artists compete in media including paper and stained glass, judged by LeAnn Rhimes and Mark Montano. The host is craft enthusiast and This Is Us star Chrissy Metz.

LulaRich, Amazon, September 10. Multi-level marketing business LuLaRoe, which denied allegations of operating as a pyramid scheme in a recent settlement with the Washington state attorney general’s office, is scrutinised in this four-part series.

Muhammad Ali, PBS, September 19. The legendary boxer and activist gets the Ken Burns treatment in a four-part film described as a portrait of a man who was “unconditionally himself”. Directed by Burns with Sarah Burns and David McMahon.

Among the Stars, Disney+, October (date to be announced). Go along for the ride with astronaut Chris Cassidy as he undertakes his final mission to space, helping to repair a science experiment aimed at finding the universe’s origins.