MOSCOW (AFP) – For nearly 20 straight months, Yevgeny Ryabov has watched coronavirus patients come through the doors of his hospital in central Moscow. Lately, most are unvaccinated.

The Covid-ward coordinator observes how the virus ravages their bodies and, time after time, he hears the dying say they regret not getting the jab.

“They usually give some excuse – that they wanted to do it tomorrow,” Ryabov said. “Unfortunately, tomorrow came today.”

And the sick keep coming.

On commutes home, Ryabov witnesses Russia’s largest city and the epicentre of the country’s outbreak act as if there is nothing to fear, with restaurants and theatres open
as usual.

“You drive and see people without masks, people having fun – both old and young – and it’s upsetting because you’re working for them. Unfortunately they don’t understand,” he said.

“In those cases I want to scream,” added the 54-year-old, who lost five colleagues to the virus before a vaccine became available. 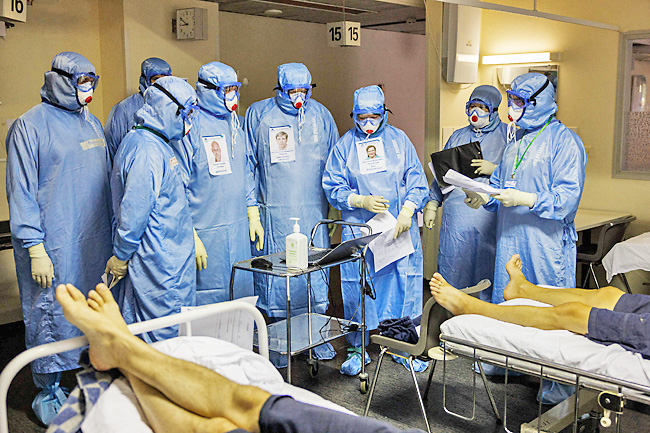 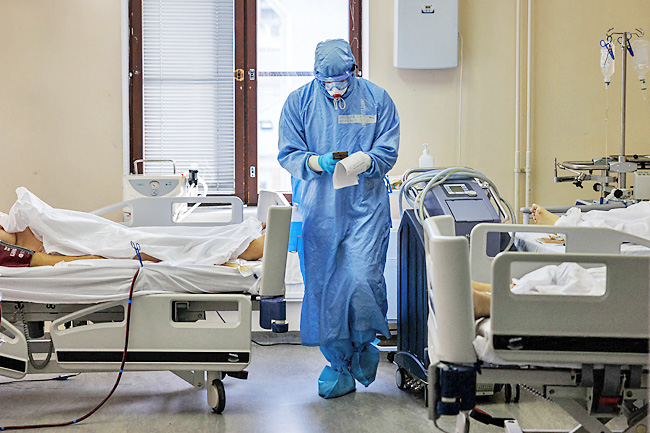 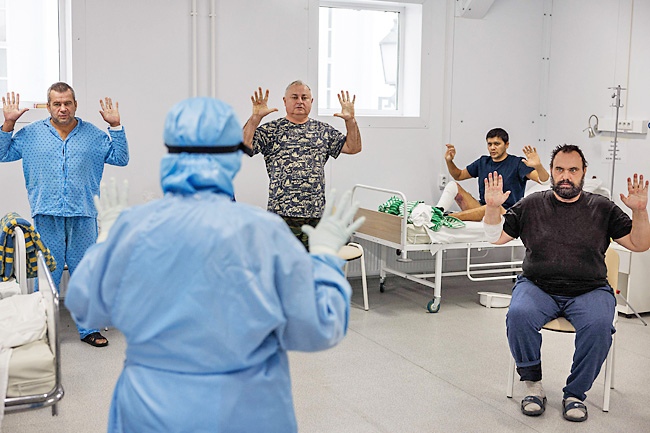 While the pandemic is receding in many Western countries, Russia’s outbreak is worse than ever, with authorities saying the latest surge of the virus has spread at its most rapid pace yet among a population that is only 35-per-cent fully vaccinated.

As Ryabov spoke to AFP at the Sklifosovsky Research Institute of Emergency Medicine’s hospital on Wednesday morning, Russia set its sixth record in seven days for coronavirus deaths over 24 hours.

By the afternoon, President Vladimir Putin had ordered a nationwide week-long paid holiday starting from October 30 to curb infections, calling on Russians to show “responsibility” and get one of the country’s several jabs that have been available for months for free.

But the surging caseload has come with no real pandemic restrictions in place, and with more than a week left until the holiday – a measure that has been criticised by experts as ineffective – coronavirus patients will continue packing Moscow’s hospitals.

Doctors at the Sklifosovsky Research Institute of Emergency Medicine said they were holding strong, but begged the two-thirds of Russians who have not yet been vaccinated to get the jab.

“We need to vaccinate to beat this disease already,” said Alexander Shakotko, who heads up the hospital’s intensive care unit (ICU). “We need social responsibility.”

The unvaccinated treated at his ward are watched over by portraits of the 20th Century Russian priest Saint John of Shanghai and San Francisco, also known as Saint John the Wonderworker.

Some of the patients say they have experienced miracles.

“I know I wouldn’t be here if they didn’t save me,” Olga Ryzhko, a 51-year-old architect, told AFP from her hospital bed.

She said she is not a “Covid dissident” and that she had planned on getting vaccinated, but had just kept putting it off.

Not everyone is as lucky.

Besides doctors, Ryzhko said a woman who shared her ICU room over the past month kept her going in the battle against the disease with positivity and encouragement.

But the woman couldn’t save herself. On Monday, she succumbed to the disease. “It’s been truly horrible,” Ryzhko said.

Anatoly Polyakov, a retired police officer who spent two weeks in the ICU and said he was several days away from leaving hospital, also had not got the vaccine. He explained he and his wife had been waiting for a “strong” one to come around. “We waited and waited, and this is what we got,” the 76-year-old said.

“I really regret it after everything I lived through,” he added. “When I get out I will tell everyone to get vaccinated.” His doctors do not hold out much hope that the tide might turn in any near future.

“The first two waves we thought ‘just a bit more and that’s it, we’ll return to normal life’,” Shakotko said.

“Now we don’t even think about it. This is just the new normal.”