Looking for a new book to add to your reading list? Here are nine highly anticipated books for February.

THE WITCH’S HEART BY GENEVIEVE GORNICHEC

In Norse mythology, little is known about Angrboda aside from being the mother of Loki’s children. Genevieve presents her own tale of Angrboda in The Witch’s Heart, in which Angrboda is a witch who narrowly escapes death after being burned by Odin for refusing to share her knowledge of the future.

While hiding in a remote forest, she meets the infamous trickster, Loki. They have three unusual children together, and Angrboda is determined to protect her family at all costs.

MY YEAR ABROAD BY CHANG-RAE LEE

My Year Abroad is a humourous and cautionary story about finding your life aspirations making it big. Tiller is an ordinary college student who finds himself under the wing of a charismatic entrepreneur, Pong.

The pair goes on a grand trip across Asia and things get weird really quickly. My Year Abroad explores various topics including capitalism, global trade, mental health, parenthood, cultural immersion and finding your own identity. 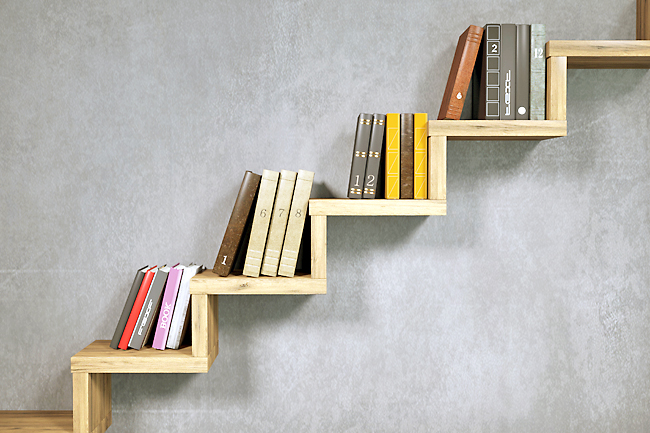 WEST WITH GIRAFFES BY LYNDA RUTLEDGE

Inspired by true events, West With Giraffes tells an emotional story of a pair of giraffes who miraculously survive a hurricane attack on their way to the San Diego zoo in 1938. The two giraffes are loaded onto a truck, and so begins their roadtrip to their new home, making headlines across the country.

While the characters are fictional, the book contains actual articles from various newspapers about the pair of giraffes and their highly anticipated journey.

A riveting collection of 12 fast-paced crime stories set in the desert, with a wide cast including a waitress looking for her daughter, an FBI agent whose time is running out, and the unlikely trio of a drug dealer, a lawyer, and a clown in a bar. The book can get pretty dark at times but there’s also tonnes of humour sprinkled throughout the stories.

Much like the modern Romeo and Juliet, the Mai and the Nguyen family have been at each other’s throats long before the two families set up their neighbouring pho restaurants. Because of their family feud, Bao Nguyen and Linh Mai have been avoiding each other for years. But they soon find out that they have a lot in common.

THE FOUR WINDS BY KRISTIN HANNAH

Set in 1934, The Four Winds explores the life and struggles during the Dust Bowl in America. A severe drought and dust storm has broken out, and all the animal and crops are dying.

Protagonist Elsa Martinelli must make a choice whether to stay in her beloved Texas or to go to California in hopes of a better life. A very insightful and thought-provoking read based on one of the darkest periods in history.

There are very few things Nelo loves more than her neighbourhood, Ginger East. It’s where she spent her childhood, and there’s nowhere else she’d rather be. But the present Ginger East couldn’t be any more different to how it was when Nelo was a child.

Most people have moved after a deadly incident at the local arcade, so the neighbourhood isn’t as lively as it used to be.

Things take a turn for the worse when one of the local stores gets vandalised, and now both the police and media are involved. Like Home explores the topic of gentrification and its effects on the community, and that nothing in life is ever constant.

HOW TO AVOID A CLIMATE DISASTER BY BILL GATES

Climate change is an urgent issue that has been raised by scientists numerous times over the years. In this book, Bill Gates outlines his thoughts and a plan on how to achieve zero greenhouse emissions before it’s too late.

THIS CLOSE TO OKAY BY LEESA CROSS-SMITH

Tallie Clark is a recently divorced therapist who comes across a man standing on the side of a bridge, ready to jump. She manages to talk him out of it, and from there, the two begin to learn more about each other. Due to the book’s heavy theme, it may not be suitable for everyone.