Exports see boost in March due to oil price hike

Total trade for the country increased by 19 per cent during the same month last year from BND1,416.4 million to BND 1,685.6 million, according to the International Merchanandise Trade Statistics report from the Department of Economic Planning and Statistics (JPES). 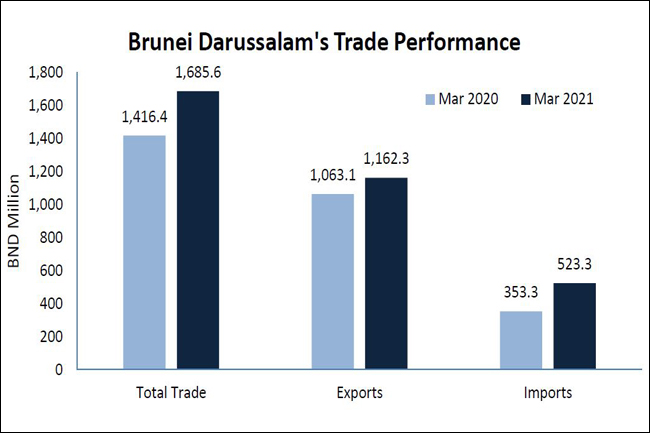